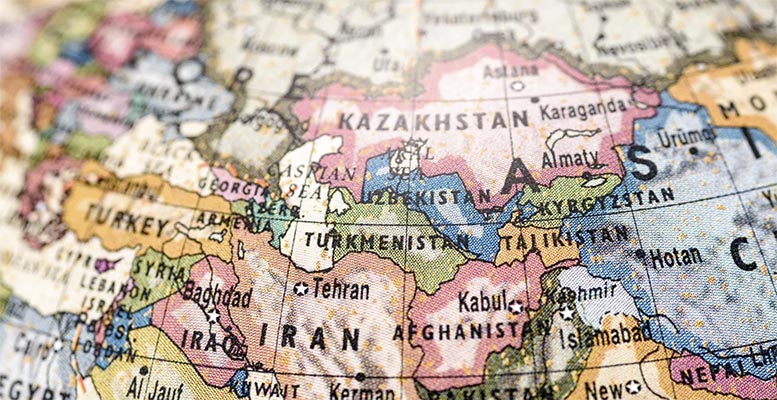 Union Bancaire Priveé (UBP) | Frontier markets offer a strong growth story – both in terms of the economies of the countries in the frontier space, and when it comes to their sovereign bond markets.

Around fifteen years ago, frontier markets (as defined by JP Morgan’s NexGEM index) included fewer than ten countries with a combined market capitalisation of USD 15 bn. Since then, the markets have seen impressive growth: ten years ago, the index counted just sixteen countries and a USD 37 bn market cap; five years ago the numbers were 34 and USD 88 bn; and at the end of 2019 the index had 35 countries and a market cap of USD 129 bn. Indeed, after a decrease in market capitalisations in 2018, in part due to the removal of Ecuador, growth continued in 2019, with thirteen new bonds entering the index, including a first-time issuer, Uzbekistan. Despite Egypt leaving the index during the year, the index’s market capitalisation grew to its highest ever level of USD 129 bn. Several countries included in this index have also issued euro-denominated bonds, so the investable universe of hard-currency debt has grown even more than the index’s figures would suggest. While this growth has created higher debt loads on average, many bonds have come from a range of debut issuers. Average- debt loads as a percentage of GDP remain manageable at just over half of what is seen in developed markets (DM).

As frontier markets continue their impressive growth, investors would be wise to start to think of frontier debt as its own asset class, and therefore assess its merits in more detail. Frontier debt is no longer a small and illiquid market best left to a few small specialist funds. Under normal market circumstances, many frontier countries’ bonds trade in significant amounts daily, and getting liquidity is generally not a problem for a well-diversified strategy until a reasonably large capacity (i.e. at least USD 1 bn) is reached.

Along with its stand-alone growth, frontier debt also accounts for a growing proportion of the broader sovereign index. Indeed, in contrast to equities, where emerging and frontier markets’ indices are separate and mutually exclusive, in the bond space the frontier index is a subset of the commonly used JP Morgan EMBI Global Diversified.

Over the last ten years (2009–2019), frontier markets’ weight within the broader EM index grew from 5% to a peak of almost 25% before decreasing slightly in the recent sell-off due to mark-to-market effects. This means that anyone invested in funds benchmarked to the EM sovereign index has already been growing their allocation to frontier markets – perhaps even unknowingly in some cases. Having exposures that are not deliberate means investors are not able to assess – and ultimately optimise – their investments. We believe that this is what has happened to some investors’ frontier allocations.

Not viewing frontier markets as investments in and of themselves causes two separate problems. Firstly, the specific facets of this investment universe are ignored and are instead grouped together with broader emerging markets with which they at times have little in common. Secondly, investing through the largest global EMD funds means one could be foregoing significant alpha opportunities within the frontier debt space. Of the 35 countries included in the JP Morgan NexGEM index at the end of 2019, twelve had USD 1 bn or less worth of bonds in the index. A manager with a large global EM sovereign fund would be practically unable to invest in a country such as Tajikistan, which has only USD 500 mn worth of bonds outstanding. If this hypothetical fund wanted to build a 1% position, it would end up owning too much of the outstanding debt. Acquiring such a position – or potentially selling it later on – would take a significant amount of time and, even with the most skilled trader(s), it would almost certainly move the market, both on the way in and on the way out.

As a result, we believe investors should view frontier debt as a potential stand-alone investment. The investable universe is now sufficiently large and liquid, and its history long enough that its merits as an allocation can be appropriately considered, either as an alternative, or as a separate opportunity, to any broader EM investments