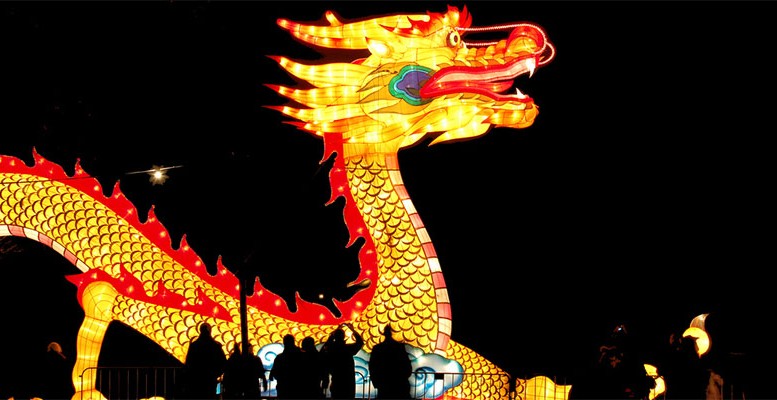 UBS | Our base case forecasts for China’s growth are already below consensus at 6.2% for 2016 and 5.8% for 2017. In this note we study the impact on global economies and assets of a much darker and, in our view, extremely unlikely scenario where China real GDP growth slips to 4%, and nominal growth below 1.5%. As we envisage it, such a decline would necessitate the simultaneous triggering of all major downside risks facing China, and be accompanied by an outright contraction in o. In addition to the direct China impact on an economy, we also try to account for the indirect effects of other China – hit economies’ deceleration, and second round impacts of financial conditions tightening.

More easing from BoJ and ECB, less tightening from the Fed

Our numbers suggest a very strong hit to North Asia, ASEAN and Latam economies. Japan would slip into recession while Australia would barely grow. Europe and US will feel the impact but hold up much better. A China worst case scenario would not be sufficient, we think, to keep the Fed completely on hold. We would still expect 2 further hikes from them in 2016, against our base case view of 4 hikes. ECB and BoJ would likely ease further though.

Even a sharp China slowdown will not create a global recession

Even as developing economies like China have become a large contributor to global growth, they are more impacted from trouble in the developed world than vice versa. This is because a) advanced economies in general are more closed, and therefore less vulnerable to a negative external shock, b) lack of extensive Renminbi financing globally implies that any tightening in the Chinese financial system will unli kely be infectious.

Commodities will remain the key channel of contagion

Industrial metals and energy are down about 70% from their post crisis highs. Supply is slowly adjusting, but another demand shock from China will mean commodity prices slip a further . Oil prices have more to do with the Chinese consumer (transport) than investment, but consumer demand may slow down too, taking WTI towards 25$pb. Iron and copper ore prices may slip a further 20% from current spot levels.

Equities: No escape from de-rating even if revenue impact small

The revenue impact on the S&P 500 will be minimal, likely around 1% even if Asia Pacific (not just China) related revenues declined 20 – 30%. For this index 2016 earnings growth is likely to decline only from 5% to 3.75%. Thi s isn’t true for Europe and Asia Pacific, where earnings are likely to drop 5-10% and 40% respectively. Higher credit spreads, and risk aversion will imply rising cost of equity, which should cause all markets to de -rate. MSCI World could drop 25 – 30% while the decline in MSCI EM should be around of 40%. There will be a lot of sector variation below these headlines, on which we provide detailed views at the end of this document.

4% real growth in China should imply the back end yields come down sharply in the US, driven both by disinflation and safe haven flows. European yields are already embedding very negative term – premia and are unlikely to decline much further. In currency market s we don’t expect a violent reaction from EURUSD itself – both EUR and USD will benefit from a safe haven bid. EM currencies will see further 12 – 15% losses as an average. A China worst case scenario will likely close the divergence between energy and non – e nergy high yield spreads, with overall HY spreads widening towards 1200bp.