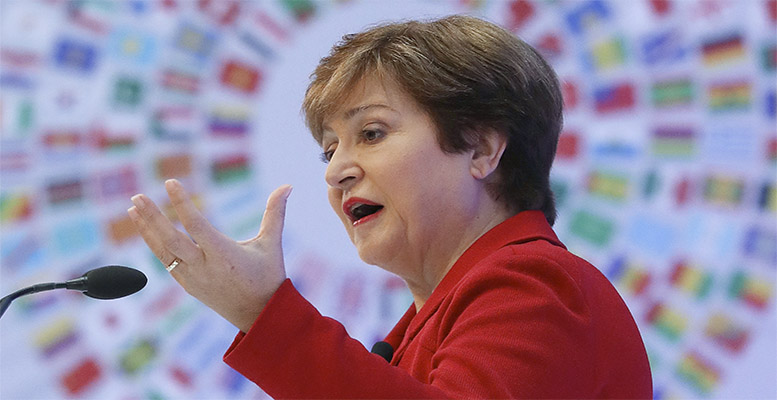 The IMF has recommended a number of measures to the banks’ supervisors to address the coronavirus health crisis. Firstly, it believes it is necessary to keep regulations unchanged and extend the time frame for compliance (Basel IV). It also recommends the use of capital buffers to facilitate operations, as well as providing incentives for lending by making risk management and associated costs (provisions) more flexible in the most affected sectors. It is also important to continue with transparency to avoid doubts about the accounts as happened in 2008. Furthermore, regulatory clarity is needed for the accounting and legal treatment of stimulus policies (moratoriums, guarantees, subsidies, etc.). Finally, coordination between national and international supervisors (Basel Committee on Banking and the Financial Stability Board).

The IMF considers that the macro picture in some economies (unspecified) is similar to the worst case scenario of the stress tests. It is still early to know if these measures are sufficient, but a more complicated scenario should not be ruled out, it says. In principle, this roadmap would be sufficient if economic activity were to resume at the end of the year. In the event of a more severe scenario, the IMF predicts that some banking systems would have to be recapitalised or restructured. However, it does not specify which ones.

The IMF’s recommendations are in line with the actions of the main central banks (ECB, Fed, BoE…). In this regard, the ECB has just “temporarily” relaxed some regulatory requirements. In particular, the level of capital (Pillar 2 Guidance), the capital conservation buffer and the liquidity coverage ratio. It also opens the door for domestic banks to relax Countercyclical Capital (CCyB) requirements. For example, the Bank of France and the Bank of the Netherlands increased requirements for mortgage loans before Covid-19.

The ECB has also improved bank financing conditions (TLTRO-III) to -0.75% (from -0.50% at present) for up to 50% of non-residential credit investment. Whatsmore, the level of liquidity and solvency of the main lenders is much higher than in previous crises.

The central banks’ response is unprecedented in terms of the amount of stimuli (liquidity and bond purchases), speed and coordination.

Bankinter analysts’ sectorial strategy for the European banks accumulated a fall of 43.5% for the year (vs a drop of 23% for the Eurostoxx 600). If the measures adopted by institutions and supervisors are moving in the right direction, does this mean that we are facing a buying opportunity?

“Not yet and our reasoning is as follows: financial institutions must assume more credit risk (impact on provisions) in an environment of a decline in activity (demand for credit) and with a scenario of low rates prolonged in time. This leads to downward revisions in the expected NAP for 2020/2022 and a higher risk premium”.

“The regulatory relaxation is temporary and reduces the risk of a credit crisis, but it is not an incentive for shareholders or a catalyst for share prices.

“The counterpart of relaxing regulatory requirements is lower shareholder remuneration (dividends). The ECB advises against paying dividends, at least until October. We should recall that several institutions have already changed their dividend policy, share buyback plans and/or distribution of excess capital – delaying or reducing remuneration in 2020 (Santander, Caixabank, Bankia, Unicredit, Intesa).

“We foresee occasional rises in share prices after the sharp downturn. But we do not expect a sustained recovery before there is a significant improvement in the cost of wholesale financing (AT1, Senior Debt…). Or before the impact on provisions and capital of the expected rise in non-performing loans can be estimated with sufficient reliability”.