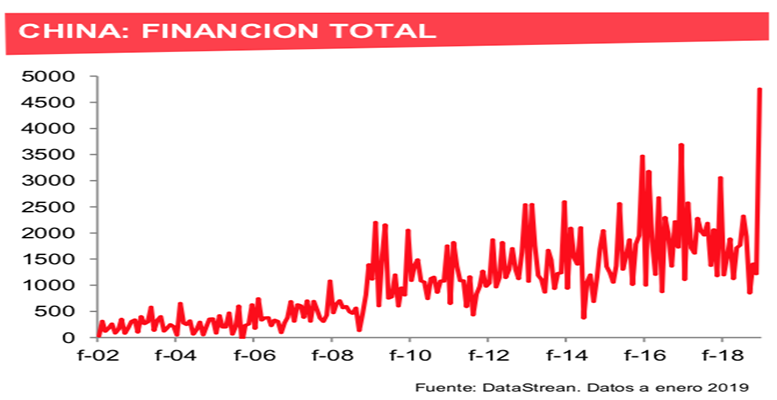 It was known yesterday that in January the financing to the Chinese economy reached a historical maximum in volume, growing almost 200% since December and exceeding the most optimistic forecasts. This indicator, which includes all types of loans and financing to the economy, is one of the main tools that the government monitors to stimulate growth. Thus it is very good news and reflects China’s attempts to compensate for what they may be losing for the “trade war”. The figures for exports (9.9%) and imports (-1.5%) for January were also positive. All this in a context in which the US government insists on reducing the tension in the face of ongoing negotiations.