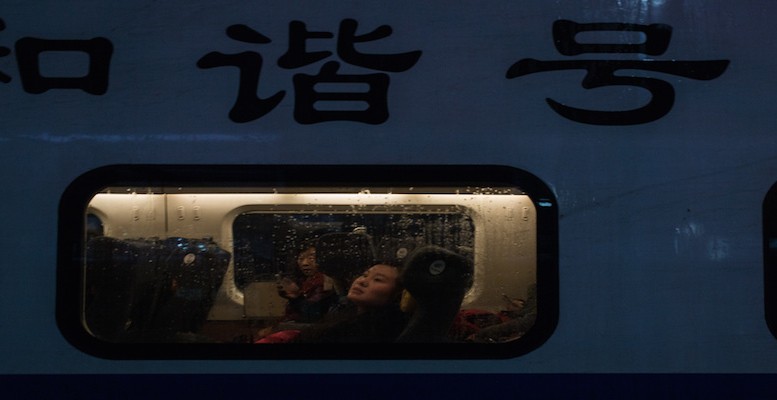 The perfect storm which broke in 2008 (well actually in August 2007) outlined in a few graphs.

1) The rise in the US foreign trade deficit compared with China’s growing superavit. The basic reason for this increasing imbalance is that China manipulates its exchange rate…. 2) …For which it accumulates an ever-increasing pile of currency reserves, which it invests in public and private US short-term debt. 3) … The counterpart to this is an increasing demand for US debt, from overseas and from other sectors to the banks, especially the private ones which invest in bricks and mortar. Meanwhile, China’s debt holds up reasonably well until US debt, after the crisis, begins to fall. 4) There is a strong correlation between US debt and both the rise in the Chinese stock market and its latter decline, showing the forces existing in the accumulation of imbalances. 5) The tables are turned. China wants to change its monetary policy. It wants its currency to be a reserve currency like the dollar. So it needs to prove it is a solvent country. But in 2009, it started a credit bubble which spiked a rise in its foreign debt, so it is no longer a net creditor. Capital outflows begin. And this does not help to stabilise the exchange rate. The currency reserves are used to hold up the remimbi and domestic interest rates have to be increased. A fixed exchange rate with free movement of capital and foreign debt restricts monetary autonomy, casting doubts over whether China will achieve its objectives. The more rates and unemployment rise, those with money lose even more confidence and accelerate their flight.

In one year, China has used up $ 676 billion of its reserves, which had reached a total of $4 trillion. It could let the remimbi fall and restore monetary autonomy in order to lower rates and boost an economy which is in recession. But this only serves to worsen the volume of debt in dollars, which of course erodes the status it seeks for its currency. 7) In the end, everything will work itself out, but the explosion will be much bigger. This is because trying to compress the forces inside the pressure cooker just makes the blast stronger. The clock is ticking again, but this time we will be even more defenceless.

The only solution I can envisage is for the EU and the US to help China, ease its payment commitments. And the adjustments in its exchange rate and its domestic economy need to be more moderate, which would curb capital flight. But this does not figure in any of the traditional models.