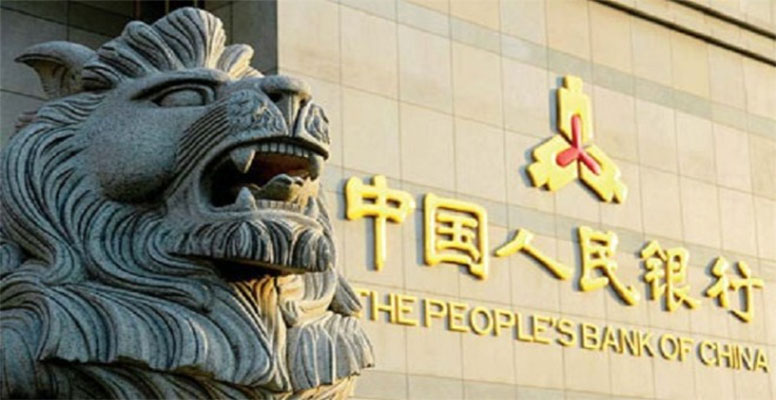 China’s gross national savings, or GNS, rose from 35 percent of GDP at the beginning of the millennium to about 50 percent in 2011. It has since fallen to 46 percent, the World Bank said. JPMorgan Chase said it expects China’s GNS to drop to 35 percent of GDP by 2020.

China’s GNS is second only to Singapore among Asia’s emerging markets and far surpasses those of the United States (17 percent) and the United Kingdom (16 percent). (Figure 1). The GNS can be calculated in two ways. The first, “the expenditure approach,” adds capital formation to the current account balance. The second method, “the production approach,” calculates the GNS from flow-of-funds statements. Both approaches show China’s savings rate as among the highest in the world, China’s National Bureau of Statistics (NBS) said. (Figure 2). The production approach allows economists to separately analyze household savings, corporate savings and government savings (Figure 3). All three sectors rose quickly in the first decade of this century, and have only recently showed signs of slowing. Household savings rose from 20 percent of GDP to 25 percent, while corporate savings rose from 15 percent to 20 percent, much higher than international averages, the NBS said. 2.Limited access to external financing methods coupled with corporate management issues such as a low propensity to distribute stock dividends explain why companies like to save. Because external financing opportunities are limited, businesses must rely on retained earnings and internal financing to stay afloat.

3.The economic reforms of the 1990s did away with the lifelong social security system (or “iron rice bowl”) that companies were required to provide employees. The reforms led to higher household savings as the responsibility of caring for the elderly fell from businesses to households and local governments.

4.Corporate and market reforms have increased efficiency, and economic growth outpaced salary increases during the global economic crisis of 2008. These factors pushed up corporate savings rates. The recent decline of China’s GNS

However, China’s GNS has dropped in recent years. Government savings have remained relatively stable at about 5 percent of GDP. The recent decline in GNS can be attributed to four factors:

2.Cooling corporate profit growth. The 2008 launch of a 4 trillion yuan (US$ 598.42 million) stimulus package caused overinvestment and surplus production capacity in some industries, including iron, real estate, cement and coal, leading to a sharp decline in the rate of return on investments, according to the NBS and JPMorgan Chase. Declining growth in total factor productivity and weak corporate profits reduced companies’ ability to rely on retained earnings for financing of investments (Figure 5). 4.Slower growth of government income. The difference between government revenue and consumption — and thus government saving — has stabilized.

China must now determine whether the recent drop in savings rate is temporary, or whether it represents the beginning of a long-term economic decline comparable to 1990s Japan. During its decade of explosive economic growth in the 1980s, Japan’s GNS was also extremely high. By 2001, Japanese GNS had fallen to 25 percent of GDP, from 34 percent in 1991, and it has since dropped to 18 to 19 percent of GDP, according to statistics from the World Bank (Figure 6). The sharp decline of Japan’s GNS occurred more or less in line with the country’s “Lost Decades” of economic stagnation. Other Asian countries, though, have experienced different outcomes. For instance, South Korea’s GNS has remained stable despite an aging population.

Of the above-listed reasons, the changing age structure of China’s population has likely had the greatest impact on savings rates.

2011 was a landmark year for Chinese population issues. The number of Chinese citizens of working age, defined as 15-59 years old, as well as the proportion of working-age citizens within China’s total population, peaked in 2011, and began a slow decline thereafter, according to the NBS and JPMorgan Chase.

China’s one-child policy, implemented in 1979 and relaxed only in recent years, caused significant distortion in the Chinese population’s age breakdown. The proportion of Chinese citizens over the age of 60 increased from 10.5 percent in 2001 to 14.9 percent in 2013. It is expected to rise to about 16.5 percent by 2020 (see Figure 7). Even with the rapid demographic change, population change will exercise a predictable effect on savings rates. China’s household savings rate is predicted to fall from 23.3 percent of GDP in 2013 to 18 percent in 2020, JPMorgan Chase says.

Meanwhile, the GNS is expected to drop from 46.2 percent to 35 percent in the same period. Although 35 percent is still a high savings rate by international standards, the drop in GNS would have significant repercussions for China’s economy.

The consequences of a declining GNS

Falling savings rates will likely be one of China’s most significant macro-level challenges during the next decade, with a serious effect on economic restructuring and financial stability.

China’s debt from the last 15 years was accumulated during a period of extremely high savings rates, high investment, and rapid economic growth. If savings rates fall quickly over the next five years, investment as a percentage of GDP will also plummet, forcing extensive economic restructuring. If this happens, China will be forced either to rely on foreign debt or to raise the efficiency of its domestic investment.

As a result of recent net outflows from Chinese capital accounts, China is unlikely to choose the first option. The second option is more feasible, though its implementation would require significant supply-side structural reform.

China’s total debt has increased rapidly since 2008, with its ratio against GDP increasing by about 100 percentage points from 2007 to 2015. Due to climbing debt, forestalling financial risks has become a top policy priority.

Alternatively, China could increase foreign debt financing, but this strategy would increase the external vulnerability of financial risks. Regardless of strategy, managing debt and savings rates will be urgent priorities for China’s government in the coming decade.