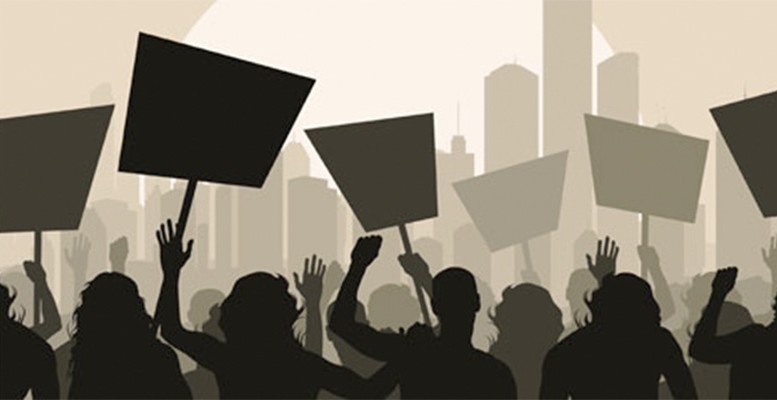 Jean Pisani-Ferry via Caixin | For the first time in several decades, a series of Western countries are simultaneously experiencing major political upheaval. In several of them, populist parties that challenge consensual principles and established policies, and candidates who define themselves as anti-system outsiders, are on the rise or already in power.

Attention is focused on the United States and France. In the former, Donald Trump, a real-estate mogul turned maverick politician, enjoys a 19-point lead over his closest follower for the Republican nomination. In the latter, Marine Le Pen’s National Front recently garnered more votes than both its right- and left-wing rivals in the first round of regional elections.

Similar trends are visible in countries such as Italy, the Netherlands and Sweden. In Hungary and Poland, illiberal Euroskeptics are running the country. To the north, in Denmark and Finland, nationalist parties are part of the governing coalition. And as for Britain, Prime Minister Cameron faces a difficult fight against the UK Independence Party to ensure his country opts to stay in the European Union in the upcoming referendum. Germany, Spain and a few smaller countries remain the exception on the continent for now.

Although far from homogenous, these parties share a number of themes and characteristics. They oppose immigration and are increasingly Islamophobic. Some, like those in Hungary and Poland, are even inclined to restricting civil rights. They generally advocate economic nationalism and the repatriation of economic powers from international organizations and the EU. Some contemplate restrictions to trade and capital flows.

Although often categorized as far-right, several – especially France’s National Front – advocate extensive state intervention in support of small companies and the working class. Overall, they offer a new combination of nationalism, authoritarianism and state interventionism that apart from Peronism in Argentina and Putinism in Russia has no precedent in the post-World War II political landscape. A new ideology is in the making.

No one knows how far this shift can go. But developments so far raise several questions about its causes and its consequences.

Many – not the least economists – are tempted to attribute the political upheaval to the lasting effects of the 2008 financial crisis. Christoph Trebesch of Munich University and his co-authors have gone back to 1870 to re-examine the evidence on the political aftershocks of financial crises. Their conclusion is that unlike normal recessions, which have no strong political effects, such crises generally lead to political fragmentation and a rise of far-right parties. The reason, they suggest, is that financial crises elicit anger against the failure of governing parties and result in protracted, socially harmful conflicts between creditors and debtors.

There is some truth to this explanation. In the United States, and even more so in Europe, the economic and social costs of the financial crisis have been huge. Lost income has amounted to a year’s worth of GDP at the very least. And by 2014 there were still 12 million more people unemployed across OECD countries than in 2007.

Despite this, very few of those in charge in the 2000s have been held accountable for their failure to regulate financial excesses and prevent the catastrophe. Almost none of the former regulators has faced justice or been dismissed. Absent a credible culprit, or at least a scapegoat, the public understandably blames politicians. In Europe, the crisis has furthermore highlighted fault lines in the design of the currency union, and this contributes to making it increasingly unpopular.

But this explanation is insufficient. If it were the sole reason for the political upheaval, one would expect to see larger shifts in countries where output and employment losses have been the largest. This is actually not the case. In Poland, income per capita is now one-fourth larger than it was in 2007, whereas in Spain it is 5 percent lower. Yet it is Poland that has brought the nationalist Law and Justice party back to power. Similarly, Donald Trump seems to be winning over voters despite the U.S. unemployment rate being lower than at any time between 1974 and 1997. Political anger cannot be regarded as a mechanical effect of the recession.

Many in Europe blame the EU for having forced, or at least led, governments to implement inadequate policies. It is true that the 2011 fiscal tightening was premature and contributed to the double-dip recession. From a political angle, it is also true that the EU policy framework’s strictness has contributed to strengthening voters’ anger against external constraints and the resulting national policy impotence. But this explanation does not apply to the United States and the rise of Donald Trump.

A deeper reason for the rise of populist parties is the deteriorating situation of the working and lower-middle classes. In most Western countries, technology and globalization have caused manufacturing and routine-task workers to lose jobs and income. White male workers, especially, have seen their social standing deteriorate in comparison to skilled workers and large numbers of women and minorities.

The United S and France provide striking examples of these trends. In America, the Pew Research Center has found that the share of national income accruing to the middle class was 43 percent in 2014, against 62 percent in 1970. Even more striking, Angus Deaton, this year’s Nobel laureate in economics, has shown in recent research with Anne Case that mortality – generally a good indicator of social malaise – among white middle-aged U.S. citizens has been on the rise since the late 1990s. In France, 10 years into their career semi-skilled and unskilled workers face a jobless rate that is respectively twofold and fivefold that of workers with a university degree.

Those who feel left out by the pace of technical change and globalization are the staunchest supporters of populism. Trump’s backers are predominantly poorly educated white males in the bottom half of the national income distribution. Those who voted for Marine Le Pen’s party have a very similar profile. They also are relatively unskilled workers without a university degree.

These common social characteristics should not overshadow the economic or political roots of the support for populist parties – including religious intolerance. But similarities are strong enough to suggest a common pattern that can also be found in other countries.

There is furthermore a risk that the polarization of the labor market triggered by the digital revolution and the resulting hollowing out of the middle class will increase support for these parties even more. As Uber, the on-demand car service, and similar companies further erode the value of traditional skills, new disillusioned workers are likely to join the angry ranks of those who revolt against the system.

Given this likelihood, it is worth considering the political programs of populist parties. So far, they have generally been a hotchpotch of economically inept proposals that have dented their credibility as governing parties. The expulsion of immigrants, the closing down of borders, the repeal of central bank independence and ubiquitous state intervention hardly combine to form a sensible program. Yet the perspective of reaching the doors of power is likely to lead these parties to ditch their most outlandish ideas and polish off the remaining ones. Their credibility gap may quickly get narrower.

Meanwhile, mainstream policies face diminishing credibility. Failure to restore growth, bring inflation back on track and address major labor market imbalances and inequality in the distribution of income is making a joke of the traditional parties’ pretence to economic competence. Absent serious macroeconomic, fiscal and structural responses, they risk being seen fit for addressing yesterday’s problems. Mainstream parties have little time left to update their vision, reinvent themselves and define ambitious agendas that tackle today’s economic and social priorities.