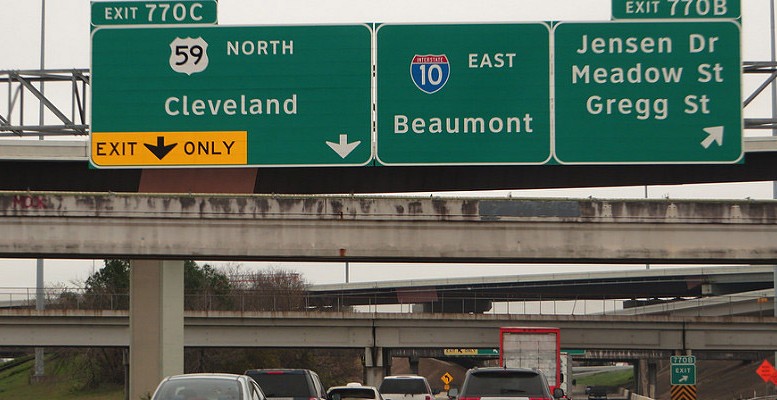 Pablo Pardo | In June 1956, the then US President, Dwight D. Eisenhower, launched a legendary programme in the annals of the world’s largest economy: the Interstate Highway System. It took 36 years and cost about half a trillion dollars at today’s prices (€ 440 billion). But in 1992, the US finished its network of 77,000 kilometres of highways, connecting the whole territory and forming the world’s largest road network after that in China. And then, the US decided not to build any other.

Since the 90s, everything related to public works has bad press in the country. For a large part of the Republican Party it is just like wasting money.

And sometimes that belief reaches surreal levels. In 2011, the Republican governor of Florida, Rick Scott, rejected $8 billion from the federal state (the equivalent, with all possible exceptions, to the Spanish central government) to build a 525 kilometres high-speed train which would be the first one in the country. In the US there are no trains exceeding 150 km/h, which only the ‘Acela’ trains of the Washington-New York-Boston corridor reach. Although they can get up to 270 km/h, they travel at half the speed because the railway is too old. That a politician like Scott rejected € 7.3 billion to build a high-speed train with traffic of at least three million people a year is unimaginable in Spain. But that’s how things work in the US.

Scott’s case is not unique. When Republican Chris Christie overthrew former Goldman Sachs CEO, Democrat Jon Corzine, from the position of governor of New Jersey, he immediately cancelled the construction of a tunnel under the Hudson River to connect the state with neighbouring New York. The tunnel was already under construction, and the various administrations (the states of New York and New Jersey and the federal government) had already spent $ 610 million on it. And we must not forget that Manhattan is an island and that the last tunnel connecting it with the outside world was finished in 1957. The last -and only- bridge is even older, dating back to 1931, and built during the Great Depression. But Christie cancelled the construction without problem.

In 2013, the American Society of Civil Engineers (ASCE) had already estimated that investments of $ 3.6 trillion are needed by 2020 to keep the US infrastructure at an adequate level. Although the ASCE is judge and jury and many criticise their estimates, there is no doubt that the US needs massive investment in infrastructure. And six former secretaries of Transport from the two major parties also published a report in 2013 explaining that just to maintain and modernize its transport infrastructure, the US would need to invest $ 1.9 billion by 2020.

How much is this neglect of infrastructure costing to consumers and companies? Nobody knows. In transport alone, estimates range between 0.6% and 3% of GDP per year. But the problem goes beyond that. For example, in Washington it was recommended not to drink tap water until 2007. And even today the levels of lead in tap water in most of the US are considered dangerous.

The paradox is that financing infrastructure is now easy. There is an overabundance of liquidity in the market whether they are built with public or private money. According to Moody’s, the Keynesian multiplier of these kind of activities is huge; every dollar of public investment generates $ 1.44 of economic activity. Moody’s also claims that just modernising the power lines would increase efficiency in energy transport by 7%, representing $ 30 billion each year.

The problem is political. The Republican Party opposes any increase in taxes or public spending. In 2014 that went so far as to leave the air traffic control system without a budget for several days. It was then financed with emergency budget allocations diverted from other departments. The investment figure that the ASCE is claiming coincides with the defence budget. And the US is not willing to redirect its spending priorities.

And there’s another problem: the subsidiarity. Each county has to examine each project which passes through its territory and can block it without any problem. That’s why the subway line between Washington and Dulles International Airport, just 40 kilometres away, is progressing at the same speed as a glacier: one kilometre per year.