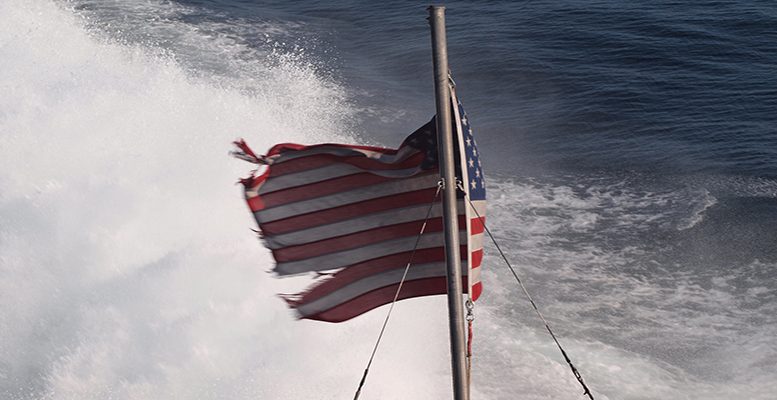 BBVA Research | The U.S. is facing one of the most challenging environments in modern history and the next couple of years will prove crucial in determining the fate of the nation for years to come. First, the Covid-19 pandemic exposed major fault lines that were partially hidden by the longest economic expansion on record. Second, it forced draconian measures that caused massive job losses and the worst recession since WWII.

Although it is uncertain how deep and long lasting these effects will be, a return to pre-pandemic conditions or what some would call “normal” is neither likely nor desirable. Instead, this is an opportunity to identify the fault lines and provide solutions to improve the well-being of the nation above and beyond pre-pandemic conditions.

Despite having only 4.3% of the world’s population, the U.S. accounts for around 25% of global Covid-19 cases and deaths. It is unacceptable that the richest country in the world, with vast resources and incomparable biomedical and scientific advantages has insufficient testing and failed to protect its citizens. Experts who have warned policymakers for years on the potential consequences of a pandemic hitting our shores are bewildered by how negligent the government’s response has been. Research from Columbia University finds that the number of reported deaths as of May 3 could have been reduced by 35K if the control measures had been implemented a week earlier and by 58K if interventions had started two weeks earlier.

Bureaucratic missteps by the CDC and the FDA, contradictory messages from elected officials, disregard for intelligence reports, science and experts, lack of medical equipment, years of underfunding public-health departments, spread of misinformation, and private healthcare institutions with misaligned incentives created the perfect storm. Unfortunately, the number of deaths will increase further. According to the Institute for Health Metrics and Evaluation, total deaths could reach 205K to 524K by December 1, implying that Covid-19 will rank as the third leading cause of death in 2020, after heart disease and cancer.

The pandemic exposed the depth and severity of systemic racism and social injustice. Communities of color are more likely to get infected and die from Covid-19. Poor housing and sanitary infrastructure, malnutrition, pollution, low quality education, and lack of access to high-quality and affordable healthcare are only a few of the problems. Without paid sick leave, sufficient savings and a proper safety net, millions of low-income workers in essential sectors like food production and groceries stores had to commute to their places of work, exposing themselves, their families and co-workers to the deadly virus.

Among the millions that lost their job, the vast majority are young, lower-skilled, females and minorities working in the hardest hit service sectors like accommodation and food, retail trade and personal care. According to the Federal Reserve, by late-April, 37% of workers in the bottom quintile of the wage distribution had lost their job while only 10% in the top quintile were out of work; by mid-May, the job losses were 30% and 5%, respectively. Meanwhile, a large share had either no healthcare coverage or lost it after being laid off. According to the Kaiser Family Foundation, the uninsured rate among the nonelderly population is 22% for American Indian and Alaskan Natives, 19% for Hispanics, 11% for Blacks and 8% for whites; minority groups account for 60% of total uninsured.

Unfortunately, the economic consequences of the pandemic will exacerbate poverty and income inequality. The latter has also been fueled by globalization, automation and technological change. Mainstream economics assumes that inequality is positive for growth as it provides incentives to work harder, invest more, take risks and save more. This leads to higher investment and capital accumulation since the rich have a lower propensity to consume. However, empirical studies show that inequality induces redistributive and distortionary policies, lowers investment in human capital and results in higher social unrest, which in turn leads to lower investment and economic growth.

The combination of inequality and low economic growth limits economic mobility, which could lead to a vicious cycle of polarization, social instability and populism. The Opportunity Insights Team finds that only 25% of children with parents in the lowest income quintile will grow up to earn more than their parents whereas this probability is close to 70% for children with parents in the highest income quintile.

Not surprisingly, anger and frustration from massive job losses, the persistence of the pandemic, and oppressive use of force coupled with structural racism and segregation triggered a wave of protests calling for social justice, police reform and to end discrimination. Taxes, redistributive policies, higher minimum wage and basic income could alleviate inequality while promoting growth provided that they are well designed and implemented effectively, and not ideological. However, the biggest bang for the buck comes from reducing racial biases and discrimination in the criminal justice system while promoting equal opportunity, affordable housing, wealth accumulation and access to quality education.

The pandemic also highlighted the importance of multilateralism and global cooperation. Although unilateral actions like closing borders and limiting trade flows could be effective for a few days at best and mainly for small countries, they harm growth by restricting the flow of technical support and disrupting businesses. For now, almost every country has taken an inward looking approach to fight the pandemic, but eventually international cooperation will be needed to distribute vaccines and medical equipment.

Countries also need to strengthen cooperation since the probability of another global health crisis is almost assured. SARS, MERS, H1N1, Ebola and Covid-19 should serve as examples to improve global preparedness and collaboration. The same logic applies to other global risks such as climate change, nuclear proliferation and authoritarianism. According to Freedom House, 2019 saw the 14th consecutive decline in their Global Freedom Index. With the pandemic, authoritarian leaders took advantage of fear and disappointment with institutions to advance their agenda. Despite the shift in U.S. foreign policy over the last several years, hard and soft powers remain strong and many countries still look up to the U.S. for global leadership.

The time is now for politicians, businesses and civil society to rise to the task and make the right choices to deal with the perils of a broken healthcare system, structural racism, inequality, and global threats. Although this is easier said than done and nothing can guarantee it will happen, the fact that the country overcame major domestic and global challenges in the past such as the Great Depression, civil conflict in the 1960s, Nazism and the Cold War provides hope.