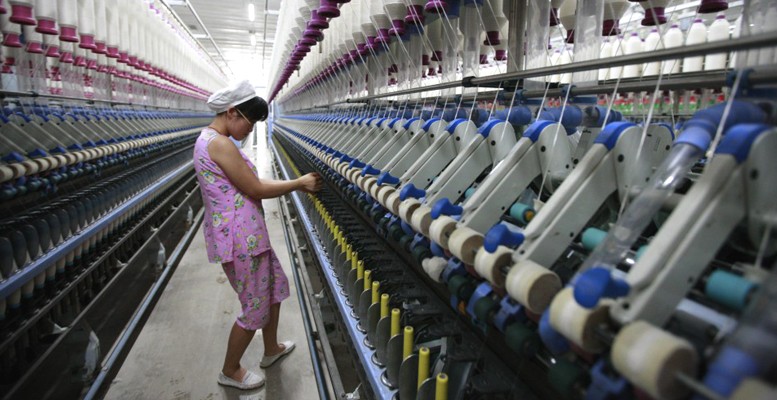 Alicia García Herrero (Natixis) | Even with more than two years after the first outbreak of COVID-19, China, as well as the rest of the world, still faces the impact of the pandemic. While the economy has surged from the bottom since the middle of 2021 after China’s successful containment of the domestic spread of the virus, the recovery’s momentum has slowed down quite rapidly, especially since the second quarter of 2021. This is partially due to China’s strict measures to fight COVID-19, which are not likely to soften any time soon in the light of the new Omicron variant, but also to a rather tight policy stance until recently. Business sentiment is not fully back to pre-pandemic levels, either. The latter might be more related to the government crackdown on several strategically important sectors such as real estate, technology, and education. The energy crunch which erupted after summer 2021 has only added to the complications.

A combination of stronger-than expected demand growth and slower supply increases in both coal and gas led to a severe power crunch globally in the run-up to COP26—most notably, a shortage of natural gas in Europe and coal in Asia, especially in China. Beyond the global shortage of coal, which is exacerbated by China’s heavy reliance on coal-fired electricity and the import restrictions on coal from Australia stemming from their deteriorated relations, there are two more important reasons for the widespread power outages seen in China at the end of 2021: (1) local governments’ rush to comply with their emissions targets, and (2) price caps on electricity, which leave demand unaffected by the increasing input costs. For the former, local governments’ scramble to meet emissions targets forced them to curb, or even temporarily halt, energy-intensive production. The latter is crucial, since the cap on electricity prices limits the pass-through of higher input costs to electricity users, and the reduced profit margin in turn lowers the incentives to generate electricity.

A combination of the factors above has lifted producer prices in China, and possibly overall inflation, and has been a drag on growth. The power restrictions imposed to control demand have hit the manufacturing sector, which has so far offered the greatest support to the Chinese economy given the rapid slowdown in service activities. While the direct impact may be only on the upstream sectors that have a higher reliance on energy inputs, it could still squeeze the profit margins of downstream sectors as well.

But the impact on the economy may not last long, since the government has reacted by increasing thermal coal production and relaxing the cap on coal-fired electricity prices (from 10 per cent above benchmark to 20 per cent). The increase in coal production clashes with China’s longer-term emission targets, but a reversal on its decarbonization efforts is unlikely; China will still fine-tune those efforts. Relaxing the cap on electricity prices helps to alleviate the burden on electricity generators, although a 10 per cent increase is far from enough to offset the almost doubling costs of coal. Meaning, more liberalization in electricity pricing is needed in China, which will be effective in encouraging changes to consumer behavior and a shift towards renewable energy.

All in all, the energy crunch is normalizing, at least temporarily, and should not be an impediment for China to grow in 2022, although at a decelerated pace, and well below that of 2021—which ended with GDP growth above 8 per cent. The target for 2022 should lie between 5 and 5.5 per cent, according to Li Keqiang’s address during the Central Economic Work Conference last December. This would reduce energy needs, and should help, at least partially, to comply with emission targets for 2022. In any event, if slower growth were not enough, in the same conference, Chinese policymakers signaled a potential delay in their carbon emission targets by stressing the need to minimize the short-term consequences of medium-term climate goals. This is in line with the government’s stated priority to stabilize growth in the near term.

How much the partially cyclical, but also structural, deceleration will be cushioned will depend on the extent of the fiscal and monetary stimuli. The latter has clearly started with cuts in the Required Reserve Ratio early in December and more recently interest rate cuts. In addition, bolstering infrastructure investment will be a key fiscal instrument but has not yet really started, putting additional pressure on monetary easing. Against this backdrop, China’s GDP growth rate is expected to stabilize to 5.2 per cent in 2022.

One of the key issues to watch in 2022 is how China will implement its by now globally renowned targets towards net zero amid a global energy crunch. In particular, China also released its much-awaited action plan on peaking emissions in 2030 after President Xi first mentioned it in September 2020. The plan detailed the specific targets to reach peak carbon as part of China’s updated National Determined Contribution (NDC), but it is still short on details on how such targets will be achieved, even in the short term. Also, it delays most of the efforts to the next Five-Year Plan, starting in 2026. This also means that local governments could be given more leeway on their targets for 2022, and possibly beyond, as there is no specific commitment in the NDC for the next few years. It goes without saying that China’s path to reaching peak emissions by 2030 will become quite uphill if the pressure on local governments eases in 2022 for the sake of economic growth.

In the scenario where local government emission reduction targets are kept, one cannot discount a new energy crunch in China, with potentially similar consequences to those experienced last September—namely, restrictions in energy use, even at the industrial level, as well as higher producer prices, especially for upstream sectors, which reached a record 18.7 per cent in October and have eased somewhat since. Beyond rationing of electricity and its negative consequences on production, and thus growth, high producer prices have been hurting downstream manufacturers. Many of the downstream producers, in turn, have not been able to pass on the increase in input prices to the final consumer, given the weakness of household consumption in China, which is likely to continue in 2022. The silver lining of this scenario, though, is that China will have more incentives to accelerate the transition from brown to greener power. In fact, Asia is projected to account for over half of global solar and wind power capacity by 2030, and this should be led by China, with its ambitious targets to boost solar and wind installation capacity to over 1,200 GW by the end of this decade.

The financing of this massive transition remains challenging; but some good news is coming from the People’s Bank of China (PBoC), which launched a new carbon emission facility in November 2021 to offer low-interest-rate loans to financial institutions that help firms cut emissions. This tool is clearly relevant as a starting point for the PBoC’s contribution to China’s energy transition. In fact, the creation of a new green monetary tool is a good sign for faster growth in green assets, because it will create additional incentives for banks to prioritize renewables, energy saving, and carbon reduction in lending. The energy crunch has made this transition even more urgent because the underinvestment in brown energy, as well as the slow transition to renewables, are key reasons behind the power crunch.

All in all, the Chinese economy is bound to decelerate in 2022, although monetary and fiscal support will likely limit the extent of the slowdown. This macroeconomic environment means that energy demand growth will also slow, supporting China’s commitment to peak its emissions by 2030: a daunting task which needs to be started immediately. Should economic activity, however, rebound significantly, the energy crunch, which has been easing in the last few months, might come back to the forefront in 2022. But given the new, Omicron-driven COVID wave which is taking place in China and the government’s broader efforts to slow economic growth and steer the country’s development path toward a greener trajectory, the likelihood of a new energy crunch seems low.