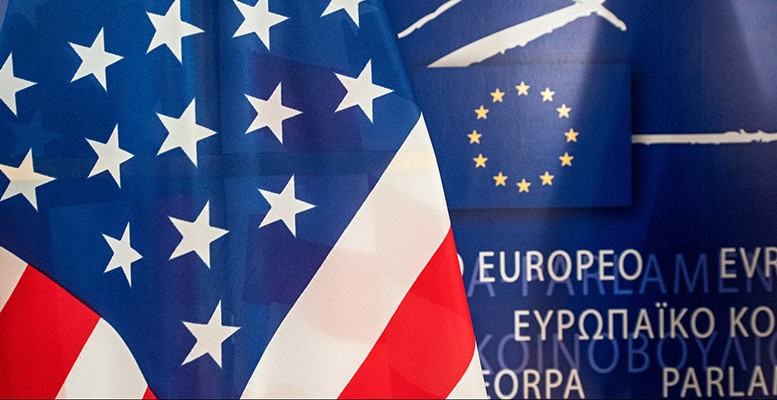 Marc Chandler via Caixin | Lenin and Kautsky once debated the future of imperialism. Kautsky saw a trend toward a global ruling class. Lenin argued that despite such tendencies, inter-imperialist rivalries would prevent the emergence of global ruling class. The so-called West was never as homogenous as the cold warriors pretended. There were asymmetrical perceptions of the threat posed by the Soviet Union until its dying days. Only now do the United States and Europe contemplate a free-trade pact.

The war in Afghanistan and Russia’s invasion and annexation of Crimea, and its destabilizing activity in east Ukraine obscure the growing divergence of perceptions and interests. The US sought to take advantage of the space between the Soviet Union and China in the 1970s. Now the growing divergence between the US and Europe may work to the benefit of China and Russia.

At the heart of the geopolitical divergence lies asymmetrical threat perceptions. Simply, if crudely put, the US perceives a greater threat from Russia’s actions than many in Europe. It is not just Russia’s activity in Ukraine, and Crimea, which it annexed, but also its harassment of its neighbors’ airspace and waters, and its occupation of parts of Georgia and Moldova. Washington also sees that China’s state-directed economy gives it unfair competitive advantages that need to be checked.

What is new now is that both issues are going to come to a head of sorts in the first half of the new year. The outcome will likely impact a wide number of companies and industries.

The sanctions on Russia, implemented in order to force it to fully implement the Minsk peace treaty with Ukraine, were set to expire at the end of January. European officials have agreed to extend them through July. The unanimity of the decision should not be confused with the level of commitment.

Indeed, some members of the European Union want to reengage Russia. French President Francois Hollande argued after the Paris attack that the security pact trumps the stability pact, so too does the reinvigorated war on the Islamic State overshadow Russia’s activity on its borders.

Recall that even after Russia’s little war with Georgia in 2008, and its occupation of a province, both Germany and France agreed to sell advanced weapons and training systems to Moscow. They were only rescinded after a civilian aircraft was shot down in Ukrainian airspace, and after international pressure was brought to bear.

It is likely that the debate will be reopened in the second quarter of the year. The sanctions are likely to be diluted when the current six-month extension lapses. The targets of the sanctions were Russian banks, energy firms and arms producers. There were curbs on access to international credit and technology transfers.

The stance of the US and Europe toward China is also diverging. The decision to join China’s Asian Infrastructure Investment Bank (AIIB) over the objections of Washington was only the tip of the iceberg. The new issue is whether China should be granted “market economy status” (MES) at the World Trade Organization. After getting into the WTO in 2001, and being included in the next SDR basket, getting the MES designation is China’s next major international goal. It is significant because it would make it more difficult for other countries (like the United States and those in Europe) to charge Chinese companies with dumping.

Without MES status, the United States and Europe can largely determine by themselves the “fair cost” of Chinese production for setting anti-dumping charges. If China is granted MES, it will be more difficult to impose steep tariffs on Chinese goods. That would leave several industries vulnerable to a deluge of Chinese goods. Germany’s Angela Merkel, who is sympathetic to China’s desire, recognizes the vulnerability of Europe’s steel and solar industries.

The United States warns Europe that granting MES to China is tantamount to a unilateral disarmament of trade defenses. Some European officials argue that Washington is exaggerating. There are other trade remedies for MES countries, and anti-dumping charges brought by the EU have been limited in any event.

U.S. officials argue that China’s statist economic model does not warrant MES. China sees the MES as an automatic designation after being in the WTO for 15 years. The key issue is whether Europe agrees with this interpretation.

The United States does not want to take any action and is pressuring Europe not to either. It wants China to challenge this before the WTO. Under this course, China would have to bear the burden of proof that it meets the market economy criteria.

If Germany is sympathetic, Britain is a vocal advocate. Britain was also the first to break ranks to join AIIB, and once it did, many other European countries joined as well. Britain was the first Western sovereign to issue a yuan-denominated bond. London seeks to secure its role as the preeminent financial center. Some other European countries seek Chinese investment in its 300 billion euro infrastructure project. There may also be enticing commercial opportunities.

Europe is divided, though. Reports indicate that Italy is very much opposed. Key industries, including steel, ceramics and textiles are lobbying against the MES for China. Many unions are also opposed. The Economic Policy Institute argues that as many as 3.5 million jobs in Europe are at risk if the MES is granted. European producers who compete directly with Chinese producers, and their workers may be opposed, but those companies that use Chinese input may be supportive of granting the MES.

Reports suggest that the European Commission may make their recommendation as early as February to accept China’s interpretation of the WTO and MES. That would start a process that requires the 28 members and the European Parliament’s consent.