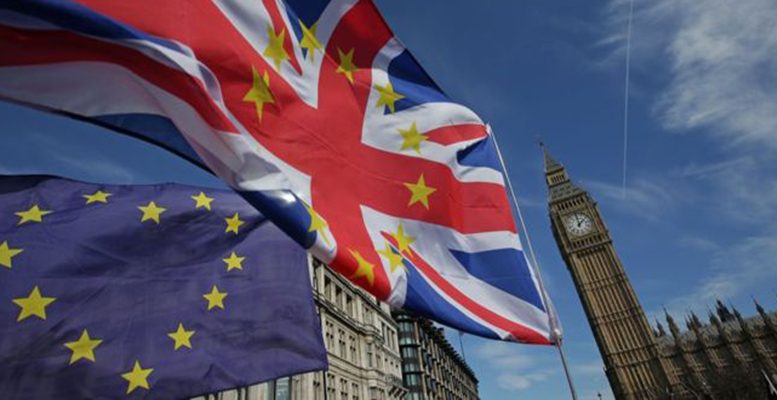 Stephen Chan  (Fair Observer) | This is a historic moment for what is now the United Kingdom. What the country will look like after 10 years is up for debate.

As the shock of the UK general election fades, many questions will take time to be answered. Not that the reelection of the Conservative Party led by Prime Minister Boris Johnson was a shock, but the size of his majority in Parliament was one that no Labour Party strategist had foreseen.

Throughout the election campaign, even pessimists had clung to the hope of an opposition coalition emerging from a hung Parliament. But the likely coalition partners, the Liberal Democrats, were decimated, and Labour lost strongholds in northern England it had held for decades. The “red wall” in working-class constituency after constituency crumbled like chalk dust. The vaunted socialist and blue-collar consciousness of middle-class North London found itself dramatically out of touch with a national working class with no sense of historical romanticism.

The Questions to Ask

So, the first question is: What will happen to an abjectly defeated Labour Party? This is particularly pertinent in the event of a two-term Johnson administration looming ahead. Which Labour Party will emerge after another decade in opposition? That will mean 19 years outside of government. Whoever replaces Labour leader Jeremy Corbyn may well no longer be in charge 10 years from now, so all the recriminations and power plays in the party today may be meaningless.

The second question is: What kind of relationship will Britain have with a European Union it has formally left? Not that leaving will be as abrupt as Brexit cheerleaders might imagine. There is still an 11-month transition period in which a trade deal has to be finalized — and it may well take, bravado notwithstanding, much longer. But from the end of January 2020, the UK will no longer have a seat at the high European table, and the EU will be weakened as a bloc in the face of the American and Chinese superpowers.

But if the EU is weakened, how will Britain alone face up to the US and China? If it marries itself to the US, will there be a bride price that will seriously weaken the independence of British institutions? There is much concern about the US “buying into” the National Health Service (NHS) and the rising cost of drugs. But if the future is a Sino-American trade war and power struggle, will Britain — with much Chinese penetration already in its economy — be a pawn in US hands?

The third question is precisely to do with Britain versus any other identity. As the United Kingdom, Great Britain is part of a union with Northern Ireland. As Great Britain, England is in a union with Scotland. Throughout the Brexit negotiations to leave the EU, there were serious Irish and Northern Irish concerns. Yet the first major schismatic fault-line would seem to lie with the Scots — the Scottish National Party swept the polls north of the border on December 12 — seeking another referendum for independence.

A legal vote on Scottish independence can only be sanctioned in Westminster, not in Edinburgh. The Scots will be mulling, nevertheless, a Catalonian-style unilateral referendum and using it as moral leverage in difficult and likely protracted discussions and confrontations with Westminster. The one thing Prime Minister Johnson is unlikely to have is any guaranteed unity in the British project.

So, those are the questions no pundit can immediately answer. All of them point to difficult choices and perilous negotiations. Only if all three areas prove disastrous for Johnson would the Labour Party have much chance to stake a real claim to power after his first term. But what are the Labour Party’s postures and policies on all three issues?

The Future of Labour

The first is to do with a power struggle within Labour, with any outcome not guaranteed to indicate the shape and direction of the party 10 years from now. But a Corbynista party under new leadership would have to distance itself, if not in terms of policy, then in terms of style from the defeated grand old man of the left.

The policy itself, however, bears thought. Not everything can be solved by public ownership and intervention. The move away from one-dimensionality is unavoidable for any more youthful leadership. And it can’t be North London appearing to speak for (and “educate”) the “unwashed” northern masses. The move to the left under Corbyn appeared far too much like a Leninist vanguard party project, in which the working class would be led to its apotheosis as satisfied producers under wise leadership. It was elitist and condescending, but it represented a trenchant vocabulary and conception.

If Labour turns back to the center, however, in what way can this avoid identification with former Prime Minister Tony Blair’s New Labour years? This essentially means there can be no traditional left in a Labour future, and there can be no modern centrism that smacks of Blair. So, what is there left for Labour?

As for the UK’s relationship with the EU, that requires punditry amidst terrains of unknowns. The world is in the middle of trade wars that might yet see the UK cling closer to the EU in ways unforeseen in the election campaign.

As food prices rise, European common agricultural policy subsidies are withdrawn, and new food suppliers cannot be found — or found only with great transport costs — the UK agricultural sector looks set to be decimated. New tariff barriers, unless successfully negotiated downward over the next 11 months, would raise the prices on almost all imported commodities in a land with declining manufacturing capacities, alongside agriculture that cannot survive without subsidies.

But to have a “Brexit in name only” would mean a repudiation of a sentiment that was stirred into existence. This did not exist before then-Prime Minister David Cameron’s referendum on EU membership in 2016. Brexit became the bogeyman for all real and imagined dissatisfactions. It was chiefly attractive because it said someone else was to blame, and that someone else was the European Union. That all parties in Westminster were out of touch with the masses and that the referendum result was a slap in the face of elite rule is belied by the huge majority that Johnson has now received.