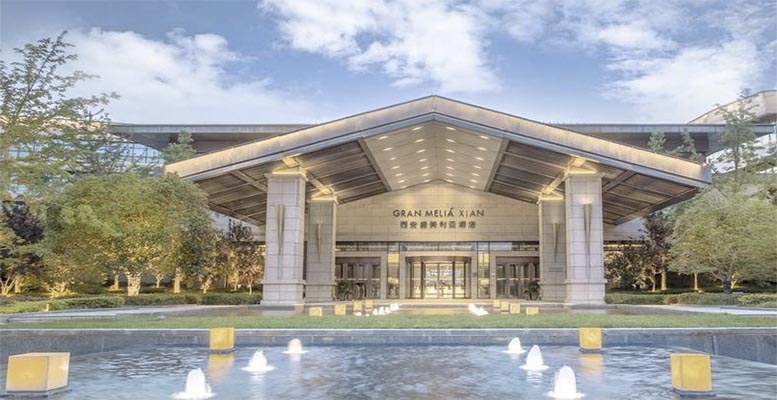 While Covid-19 continues to cause significant damage in major markets in Europe and America, for international hotel companies China has become a pioneering scenario for recovery. Containing the pandemic has had immediate positive effects on the economy and the travel industry in China, which statistics indicate is experiencing a rapid recovery. According to the China Tourism Academy, more than 90% of hotels and tourist attractions in the country have reopened along with around 60% of travel agencies.

Against this backdrop, Meliá Hotels International has resumed work on an expansion plan which aims to double its presence in China within two years, from 5 to 10 hotels in operation. The positive evolution of demand in hotels and the reactivation of the domestic market (according to Airbus, domestic flights in August recovered to 90% of previous levels) have encouraged the company to open an ultra-luxury urban resort in Chengdu this week. With 3,000 years of history, Chengdu is the capital of the Sichuan province in southwest China and one of the greatest exponents of the country’s modern prosperity. Chengdu is also famous worldwide for being the natural habitat of the popular giant panda.

Thus, Meliá’s plans show that the hotel chain is maintaining its expansion plans, despite the virus.

Bankinter does not foresee significant investments by the firm in Asia, “given that its expansion in the region is done exclusively through the management model (without owning the hotel). Asia currently represents 2% of Meliá’s EBITDA”.

On the other hand, Renta 4 points out that more than 80% of the Chinese population has expressed their willingness to travel in 3Q20, “which is a positive factor for a favorable start for the new hotel and its presence in China.We put our Target Price of 5.2 euros and recommendation to Overcome in review.”

In fact, today begins in China the so-called “Golden Week”, one of the most important holiday periods of the year in China. Estimates point that the number of journeys could be equivalent to at least 76% of those made last year during this same period.