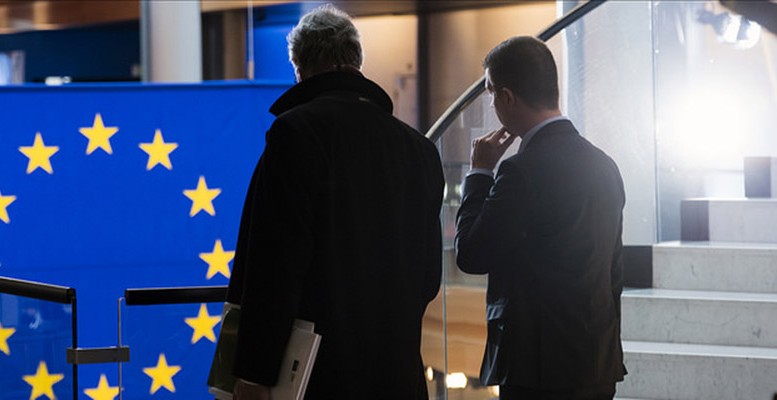 KnowledgeWharton | For Europe, there were a few topics dominating headlines in 2015, notably the migrant crisis, Islamic State terrorist attacks and threats, and anti-austerity movements. These tensions will continue to have a big effect on the European economic outlook in 2016, and together are even raising the question in some quarters of whether the European Union (EU) might disintegrate before long.

A look at baseline economic forecasts, meantime, suggests a continuation of sluggish growth, though that would still be a significant improvement from the years immediately following the financial crisis.

Of course, that growth is unevenly distributed by country, but all told it contrasts with a global GDP growth forecast of 3.6% by the IMF, and just under 3% by the Word Bank.

One of the most visible and immediate challenges continues to be wrestling with the huge influx of refugees and migrants crossing into Europe, which is expected to only increase in 2016. And elections at the end of 2015 in Spain and Portugal have led to fractured results, partly due to anti-austerity sentiment sweeping southern Europe.

In the United Kingdom, preparations are underway for a referendum by 2017 about whether to remain in the EU, which could create a larger-scale fracture. Elsewhere, France is prepping for a 2017 presidential election, which will likely include a far-right candidate in the running, and Hungary and Poland voted in euro-skeptic leaders last year.

All in all, “there’s more political uncertainty in 2016 than in 2015,” and that’s creating economic uncertainty, says Wharton management Professor Mauro Guillén. “The best we can hope for is that it’s not going to be worse than 2015.”

The refugee crisis has put Europe in the spotlight for economic reasons, as well as political ones. In 2016, the European Commission expects that 1.5 million migrants will make the journey to Europe, more than the estimated 1 million people that migrated in 2015. The issue of borders has become a major hot-button issue. Cash-strapped Greece has been the entry point for a large number of refugees fleeing from violence in the Middle East and Africa. As refugees and migrants aimed to make it to countries like Germany, Sweden and the United Kingdom, which have welcoming asylum programs, they have had to journey across countries like Hungary, which were less than welcoming.

“The refugee crisis is introducing another element of tension,” Guillén notes. He explains that countries are divided by the issue, and it is exposing lots of differences between them. Olivier Chatain, strategy and business policy professor at HEC business school in Paris and a senior fellow at Wharton’s Mack Institute for Innovation Management, agrees. “The political crisis is fueled by a still unresolved economic crisis. That is the result. And it’s one of the fundamental drivers for those who want to close borders and are less willing to share and collaborate and provide social services for immigrants,” he adds.

Consequently, some have demanded reinstating border control between European nations, though the EU has prided itself on its open-border policy, outlined in the Schengen Treaty. Guillén adds that the free movement of people has been suspended by several countries, and this undermines the idea of a European integration with the free mobility of people. Jean-Claude Juncker, president of the European Commission, told the European Parliament, “We have to safeguard the spirit behind Schengen … A single currency does not exist if Schengen fails. It is one of the pillars of the construction of Europe.” Thus, a borderless Europe is linked to the sustainability of the euro currency used by 19 nations, and begs the question of whether the EU will continue to exist in its current state in the future.

One of the concerns about the refugee crisis is its economic impact. Franklin Allen, Wharton finance professor and executive director of the Brevan Howard Centre at Imperial College in London, explains that for a country like Germany, the intake of the refugees will cost money initially but in the big scheme of things, it won’t cost too much. The European Commission stated in its autumn economic forecast that increases in public spending to manage the large influx of asylum seekers would stimulate the European economy, even providing a net gain of 0.25% by 2017. Countries with aging populations and labor shortages, like Germany, see refugees as an economic solution.

Fear of deflation and stagnation have not gone away for Europe. Last year, inflation dipped to negative territory with lower oil and commodity prices and the strengthening of the euro, making imports cheaper. For 2015, annual inflation averaged 0.1% for the euro area and is expected to rise to 1% in 2016, according to the IMF. However, inflation has been below 1% in the past two years. Allen predicts deflation worries will be about the same for 2016. The number will bounce around but won’t be much different in 2016, he says.

One of the goals of the quantitative easing program is to return inflation to just below 2%, the target of the European Central Bank (ECB). In December, ECB President Mario Draghi announced the asset-purchase program would remain as it is, while cutting deposit rates to negative 0.3% on eurozone bank reserves to encourage banks to lend more money. The ECB will continue to purchase $63.6 billion of governments bonds and other assets each month to keep pumping money into the economy until March 2017.

Some experts expected an expansion in quantitative easing since the European economy remains tepid. Draghi has said the upswing has been the weakest in more than 25 years, according to the Financial Times. With firms holding back from investing, the ECB’s chief economist, Peter Praet, called the mood “seeping pessimism.” In 2015, unemployment across the eurozone was 11%, more than double the jobless rate in the United States. Guillén points out that quantitative easing should have started a long time ago when the US started using the tool instead of waiting for seven years of recession in Europe. However, he adds that the ECB is battling a fundamental dilemma that some better-off countries like the Netherlands, Germany and Austria don’t want to venture too deep into quantitative easing.

“Quantitative easing hasn’t had that much effect on growth. The view that quantitative easing helps growth is simplistic. In some places, it distorts asset prices, which is problematic. You don’t really know what the true asset prices are,” adds Allen. Many experts believe economic growth should be spurred by the governments themselves. However, lawmakers in several countries are grappling with unstable political situations.

Election turmoil in Spain echoed similar havoc in Portugal during its October elections. The former center-right prime minister, Pedro Passos Coelho, who is credited with bringing Portugal in line with austerity measures, won the greatest number of votes but lost the parliamentary majority. The minority parties formed a coalition to lead the government, and Socialist leader Antonio Costa took office as prime minister. However, his allies agreed to back him if he reversed austerity measures, like pension freezes and tax increases.

“[Portugal’s] government is weak and unstable but its policies will be reliably pro-euro … The government will of course try to moderate austerity measures, but ultimately, to put it in a one-liner, the finance minister will do whatever Brussels tells him to do,” says Joao Gomes, Wharton finance professor. However, he adds, “Spain matters a lot more than Portugal. A lot of what happens in the eurozone in 2016 depends on the solution to the political crisis in Spain.”

In France, regional elections were held, showing strong support for the leader of the far-right National Front party, Marine Le Pen. The National Front didn’t win a seat, partly because the ruling leftist Socialist party pulled two of their candidates out of the elections. They encouraged their voters to elect their main rival, the center-right Republican candidates, just to block the National Front from declaring victory in any of the 13 French regions. However, Le Pen has gained quite a lot of points, says Guillén.

The French elections happened soon after the Paris terrorist attacks, and some thought the National Front’s popularity surged after the violence. Chatain says that assumption is very misleading. He continues: “The election results would not have been much different … The climate here is people are still very unhappy about the lack of growth and the level of unemployment. People have issues with identity and immigration, with or without the terrorist attacks.”

In November, France will hold primaries to see who will run against Le Pen for the presidency. “The presidential election in 2017 will be very tricky. Le Pen will most likely be in the second round of the election. The question is who else will be in the second round,” notes Chatain. He adds 2016 will be “an election year. The government will create jobs here and there to win votes … France will engage in a continuous stream of small-scale reforms, and they’re mostly going in the right direction. But even if you have growth of 1% or 1.5%, you’re still not reducing unemployment.” According to the IMF, unemployment in France was 10.2% in 2015 and will drop to 9.9% this year. Growth was 1.2% in 2015 and is expected to rise to 1.5% in 2016.

Another important vote is the UK referendum in 2017 to decide if the country will stay in the European Union. As British Prime Minister David Cameron negotiates harder with Brussels to win favorable conditions for the UK, a “Brexit” is entirely possible. Allen notes: “I think in the long-run, Britain would do fine outside the EU. In the short-run, it may be bumpier. We will see how Cameron and [Chancellor George] Osborne progress on their plan this year. I think the outcome of the referendum will depend to some extent on what happens with the refugee crisis and that is difficult to predict.”

In addition to the political instability with economic consequences, there are external forces at play. The slowdown in emerging markets, like China, is putting a drag on exports from countries like Germany, which remains the eurozone’s powerhouse economy. One positive is the raise in the US federal interest rate will make the euro weaker so European companies can export to the US, notes Guillén.

The future of Europe’s economic outlook “remains a slow-motion train wreck,” says Chatain. “Fiscal policies are still in contraction. You can do all the right microeconomic reforms, but it’s not enough to deliver quick results. If tomorrow, Greece had the same GDP growth potential as Germany, it would still take 20 years to catch up.” All the reforms that need to be done are creating minimal results in a short-term basis, Chatain adds. “You can’t escape that. You’re increasing the potential in the long run, but it’s not helping countries catch up very fast.”