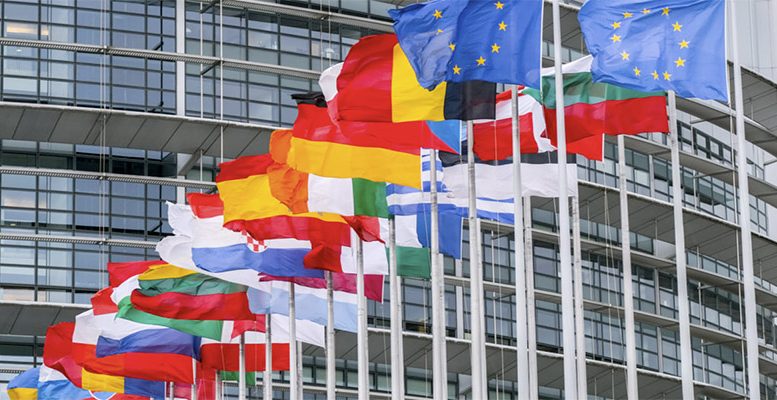 Crédito y Caución (Atradius) | The eurozone is struggling with a strong divergence between a weak industrial sector plagued by supply bottlenecks, higher input costs and weakening sentiment on the one hand, and a solid services sector, which is experiencing a post-Covid rebound. We expect 2.9% GDP growth in 2022 and 2.5% in 2023.

Among major economies, 2022 GDP growth since our previous Economic Outlook in April has been downwardly revised by -0.4 ppt in France, Spain and Germany, -0.1 ppt in the Netherlands, but +0.3 ppt in Italy. Downward revisions have been mainly due to high inflation and falling confidence. Only Italy’s growth was revised upwards due to better than expected GDP data over the first quarter.

Eurozone GDP growth increased to 0.6% in Q1 of 2022, noticeably higher than the initial flash estimate of 0.3%. Sentiment indicators point to weaker growth in Q2 of 2022, notably due to supply chain pressures, higher food and energy prices and uncertainty about the war in Ukraine. As inflation is forecast to decline in the second half of 2022, GDP may receive a boost from higher consumer spending. Sentiment indicators indeed point to a slowdown of growth in the near term. The European Sentiment Indicator declined from 113 in January 2022 to 105 in May (100 is the neutral level). The composite Purchasing Managers Index (PMI) shows a similar cooling, from 55.8 in April to 51.9 in May (50 is the neutral level). The manufacturing sub-index of the PMI is leading the decline, though services are also trending down. We expect that services spending will rebound over the coming months as tourism and hospitality activity normalise. In the manufacturing sector, however, problems are building. New orders are starting to fall, and delivery times remain high, as lockdowns in China are affecting the transport of key production inputs. Firms are also reporting weaker demand for goods, reflecting the reorientation of spending towards services. The two-speed recovery between services and the industrial sector means that industrial economies like Germany are likely to underperform compared to more services oriented economies.

Lower external demand is weighing down on exports
Spill-over effects from the Russia-Ukraine war lead to lower demand in Eastern Europe, which weighs on eurozone exports, especially for member states with close trade relations with the region. The global growth outlook has also deteriorated since the beginning of 2022, with higher commodity prices and disruptions to global trade caused by the Russia-Ukraine war and in the case of trade bottlenecks, also by China’s zero Covid policy. Export growth therefore slows in 2022 and continues to slow next year. Trade does not contribute to eurozone growth in the next two years, as the contribution of net trade to GDP growth is forecast to be approximately zero in 2022 and 2023.

Robust labour market and easing restrictions underpin consumption
Private consumption contracted by 0.7% in the first quarter because of tighter Covid restrictions coupled with high inflation that triggered a decline in real household income. Easing pandemic restrictions, inflation that is projected to come down in H2 2022 and a robust labour market, mean that we still project reasonable consumption growth in 2022 overall (3.5% year-on-year). However, there are two risks here. First, our forecast builds on the assumption that inflation will decline in H2 2022, which is increasingly unlikely (see section on inflation). Second, consumer confidence has taken a big hit in recent months, declining from -9.5 just before the Russian invasion in Ukraine, to -23.6 in June 2022 (0 is the neutral level). The much lower confidence could make consumers reluctant to spend. The labour market continues to hold up well. Eurozone employment expanded by approximately 3.3 million in 2021. In Q1 of 2022 alone, the number of jobs created was 1.5 million on a seasonally adjusted basis. The level of employment has already surpassed the pre-pandemic level. The unemployment rate decreased further over the past six months, but is showing signs of stabilising (it was 6.8% in the past three months). Furthermore, there remains a considerable degree of labour market slack (‘underemployed’), consisting of people who are available, but not actively seeking work, and part-timers who wish to work more hours. This may also be why contractual wages are picking up, but continue to lag behind inflation. We expect that high inflation will lead to a decline in real incomes in the short term, dampening consumption growth. However, we also project inflation to come down in H2 2022, reviving consumption growth again.

Inflation still at record highs
Inflation continues to run rampant. The inflation figure of May 2022 increased to 8.1%, the highest it has been in 20 years and 3 percentage points higher than at the start of the year. Inflationary pressures are mainly coming from food and energy inflation. In May, food inflation was 7.5% year-on-year, while energy inflation was 39%. We forecast inflation to come down somewhat in H2 2022 (to an average of 6.5%). On the back of a drop in energy and food inflation, a much lower inflation rate of 1.5% is expected for 2023. However, this figure rests on the assumption that the war in Ukraine will end in 2022 (or there will be a ceasefire agreement) and that there will be no oil and gas boycotts. In a downward scenario of a protracted war and a European embargo on Russian gas, the inflation rate would be close to 5.8% in 2023.

Fiscal policy remains supportive
Fast recovery and positive revenue developments drove a significant reduction in public deficits in 2021. The overall eurozone public deficit declined from 7.2% in 2020 to 5.2% in 2021. The deficit is projected to decline further in the coming two years. The economic expansion contributes positively to the economic budget through higher revenues. These positive developments are expected to override the additional costs of measures to mitigate the impact of high energy prices and to deal with the humanitarian crisis following Russia’s invasion of Ukraine. Because of fiscal stimulus measures, eurozone government debt has risen to 96% in 2021. We expect it to decline a little further in 2022 and 2023. Several eurozone countries continue to struggle with high government debt ratios, including Greece (246% of GDP at the end of 2021), Italy (184%), Portugal (156%) and Spain (146%). Financing conditions have been benign in past years. However, with government bond yields edging up (see monetary policy section), there is a sustainability risk going forward.

As inflationary pressure shows little sign of easing, the ECB is tilting towards a more restrictive monetary policy stance. The ECB governing council has decided to end net asset purchases at the end of June. Maturing bonds remain fully invested, keeping the size of the ECB’s balance sheet unchanged. We expect this to continue. Still, the move marks an end to years of nonstandard policy measures. Furthermore, the governing council pre-announced two policy rate hikes – one in July and one in September. We expect two rate hikes in July and September, likely followed by another 25 basis point hike in December, lifting the ECB deposit rate to above zero for the first time in ten years. In order to contain inflation, additional rate hikes are likely needed in 2023.

The more restrictive ECB policy revived fears of another sovereign debt crisis and led to a widening of bond yields between southern member states and Germany. Less than a week after the governing council meeting in June, the ECB called an emergency meeting to address the surge in borrowing costs. It shows how the ECB is struggling to contain both inflation and bond market fears about the eurozone’s weaker economies. After the emergency meeting, the ECB announced it is accelerating plans for an “anti-fragmentation instrument” that could be used to purchase bonds of member states with weaker public finances. The exact design of such an instrument is yet unknown. In anticipation of such an instrument, yields of vulnerable Southern European countries have already started to edge down.