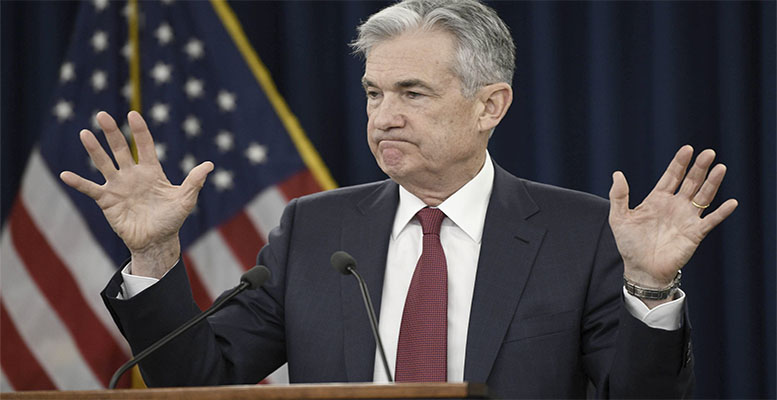 Monex Europe | The March 17th FOMC meeting is likely to be one of the most important for Chair Powell in his tenure at the helm of the central bank, with many drawing comparisons with the task presented to his predecessor Bernanke back in 2013. However, despite its level of importance, the meeting doesn’t require a decision on policy measures by the FOMC beyond what they wish to do with the Supplementary Leverage Ratio (SLR) relief. Instead, the challenge is one of communications. Since the January meeting, the US yield curve has substantially steepened with the 10-year yield rising some 60bps to trade above the 1.6% handle. While most of the rise in back-end yields can be attributed to rising inflation expectations, real yields began to increase in late February along with expectations of rate hikes.

Thus far, Fed officials have only given market participants glimpses of their stance on the rising and steepening of the yield curve. Meanwhile, markets are trying to price the reflationary environment under the Fed’s new Average Inflation Target (AIT), with little guidance as to what the parameters surrounding it truly are – how much is inflation allowed to overshoot 2%, how long is the averaging period, what is “substantial progress” in the labour market recovery?

Considering the developments since the January meeting, namely the $1.9trn fiscal stimulus package and rapid rate of vaccinations in the US, the emphasis is now on the Fed to give fixed income markets a bit more of a playbook. Without doing so, it risks a severe misunderstanding of the Fed’s new AIT and a premature tightening of financial conditions. We argue that the Summary of Economic Projections will be the best place for markets to look for guidance, with Jerome Powell likely to refrain from giving away too much in the press conference in order to maintain monetary policy flexibility. The signal cast by the Fed will not only give fixed income markets a more tangible understanding of the Fed’s reaction function, but will also be deterministic for the broad dollar in the months to come. Currencies like AUD and EUR remain vulnerable to a net hawkish meeting given the recent decisions by their central banks to increase QE and contain the rise in rates, while EM FX will feel the pinch of any bond market volatility.

FOMC communications since the January meeting have been mixed. At a time when other DM central banks are becoming more active in the bond market to try and offset the impact rising yields have on their domestic recoveries, Chair Powell’s attitude has been more laissez- faire. Not only does this contrast with that of the European Central Bank, Reserve Bank of Australia, and to some extent the Bank of Canada, it also contrasts with comments by Fed Governor Brainard who cast a much more concerned tone when speaking on March 2nd.

However, other areas of the meeting like the SEP and the decision on the expiration of SLR relief is likely to give markets a sense of the Fed’s reaction function.

Firstly, the SEP will include fresh rate projections by FOMC members. When coupled with inflation expectations, the two sets of forecasts will provide at least a rough measure of what the inflationary overshoot needs to look like before lift-off can occur.

The dots will provide much more than this, however. Given the economic outlook has improved substantially since the December meeting, the median rate forecast may now show a rate hike expected in 2023. Only 5 members expected a rate hike in 2023 back in December’s SEP. This would be net hawkish for markets and would likely confirm the recent pricing seen in OIS, which now prices in a 25bps hike in the 2-3 year horizon. Headlines on this development will likely provide the dollar with another leg of support. However, should there be a lack of movement in the median expectation, the SEP will cast a dovish signal to markets, which should temper the recent rise in real rates and weigh on the dollar.

With the December meeting minutes stating that the tapering of the QE programme will follow that seen in 2013-14, markets can expect the Fed to begin easing its purchases at least a year prior to the lift-off in rates. On top of this, the Fed has also highlighted its appetite to signal the tapering of asset purchases in advance of the fact.

Taken together, a median forecast of rate lift-off in 2023 could send the message to markets that QE tapering will be announced as early as the second half of this year – a net hawkish decision.

Secondly, the Fed’s decision on the expiration of SLR relief will provide markets with a gauge of how sensitive the Fed is to the rise in yields. By letting the SLR expire on March 31st without a replacement programme, the US central bank runs the risk of a further bond market sell-off and steepening in the US yield curve. By doing so, it would send out a net hawkish signal to markets, with bond market turmoil and higher US nominal rates supporting the greenback. However, if the Fed’s decisions don’t provide the implicit answers to the market’s questions on inflation and yield curve tolerance, the central bank can expect elevated bond market volatility around the release of key data metrics as the market continues to price in its economic outlook in the dark.