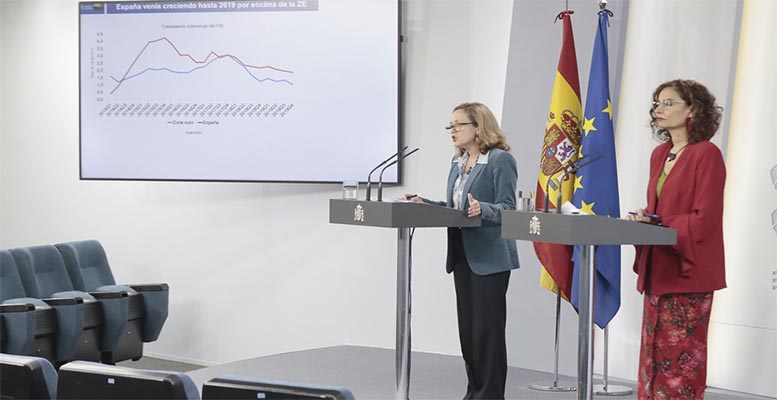 Fernando González Urbaneja | The approval of the 2021 budget was one of the first successes of the coalition government headed by Pedro Sánchez. It was like a resistance test for the alliance that made the government possible, with partners in the government (the United-Power conglomerate) and occasional partners in Parliament (regionalists, nationalists and various pro-independence supporters). The budget was approved after previous failed experiences and the government felt ratified until the end of the legislature. A political victory, although the general opinion amongst specialists in the field was that these were the most voluntarist and inconsistent budgets in recent history. Neither the bases of elaboration (macro table) nor the revenue and expenditure estimates were credible.

We are nearing mid-year and the available data on budget execution can clearly be improved, the final picture will bear little resemblance to the original. But no one will demand accountability, nor will the authors show regret or disappointment. Even the markets won’t hold them accountable as the deficit is being covered, ex officio, by the European Central Bank. But there will be a cost in terms of credibility in the medium term. A new government will once again use the excuse of the burden of the “inheritance received,” this time with good reason.

The daily Cinco Días yesterday published an interesting table on the collection efficiency of the tax measures included in the 2021 Budget, which are one of the ministry’s contributions. Apart from the so-called Google tax, which, although it has come into force, is about to expire without raising a penny, four revisions were made to personal income tax (surcharge on high incomes), VAT on alcoholic beverages, corporate tax and the tax on insurance premiums.

These four tax hikes should result in an increase in revenue of 1.4 billion euros. A significant figure. Estimates by Cinco Días, based on data from the Tax Agency and its own forecasts, put the amount collected in the first four months of the year as a result of these four adjustments at 208 million euros. And it is estimated that 625 million euros will be collected by end- year: 44% of the tax collection target.

Such a deviation confirms that the Budget2021 has a very poor foundation, and that those who doubted the effectiveness of these tax figures were right. The most worrying thing is that the ministry has no interest in explaining the imbalances. In Parliament, there is also no concern about the public accounts. So why bother with the “magnanimity” thesis, why worry about the forecast failures?