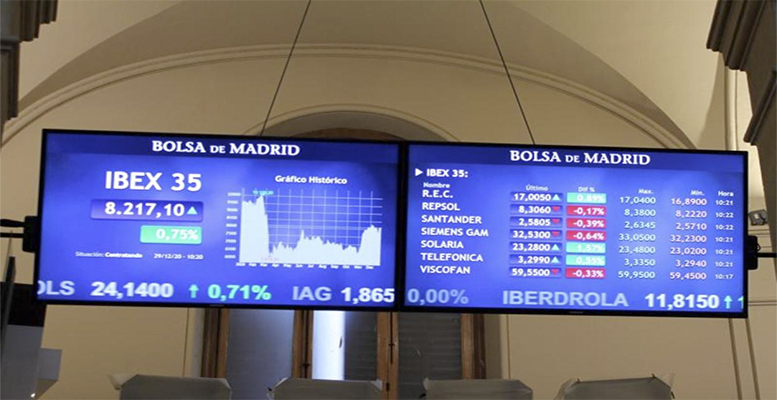 In the first nine months of the year, Spain has collected 209 million euros from the tax on financial transactions, known as the ‘Tobin tax’. This represents 24.5% of the 850 million euros expected to be collected by the government for the whole year, i.e. a quarter of the estimate for the whole of 2021, news agency Europa Press reported.

The Financial Transaction Tax, in force since 16 January 2021, is levied on the acquisition of shares in Spanish companies regardless of the residence of the persons or entities involved in the transaction. This is providing that such companies have shares admitted to trading on a regulated market and a market capitalisation value of more than 1 billion euros.

The first self-assessment of the tax on financial transactions, which must be submitted electronically via the Internet at the Agency’s electronic headquarters on a monthly basis, was made between 10 and 20 June this year.

Quarterly settlement of the “Google tax”

On the other hand, in the first half of the year, Spain has received 93 million euros from the first settlement of the Tax on Certain Digital Services, known as the ‘Google tax’, of the 968 million euros expected for this year.

The ‘Google tax’, which is paid quarterly, is levied on companies with total annual revenues of at least 750 million euros and with revenues in Spain of more than 3 million euros. It is targeting online advertising services, online intermediation services and the sale of data generated from information provided by the user during their activity or the sale of metadata. Although the Treasury initially planned to collect around 1.2 billion euros (before the pandemic), it later lowered it to 968 million.

However, last week the governments of Spain, France, Italy, Austria and the UK reached an agreement with the US on their respective digital taxes. It will prevent the entry into force of tariffs on imports of products from these European countries that had been approved by Washington in June.

The agreement provides for Spain and the other countries to maintain their respective national digital taxes until the first pillar of the agreement on corporate taxation reached by the Organisation for Economic Co-operation and Development (OECD) at the request of the G20 comes into force. This pillar will enter into force by 31 December 2023 at the latest.

From 2024, it will be assessed whether the taxes paid by the US multinationals affected by national digital taxes is higher than what they would have had to pay under pillar 1. If this is the case, Spain and the other European countries will have to pay these companies a tax credit for the difference between the two amounts.