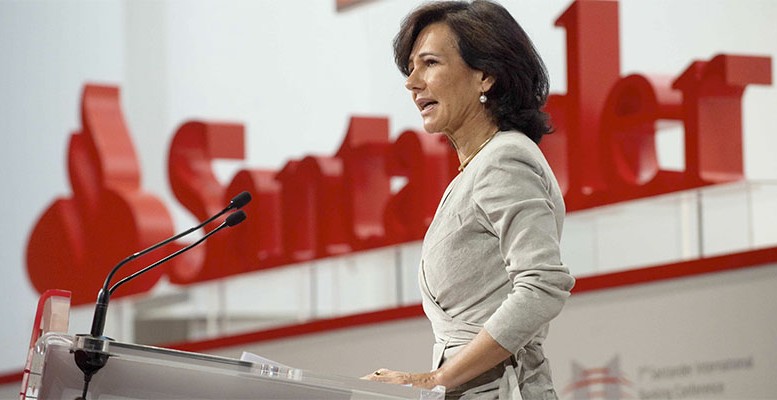 Banco Santander’s Group executive chairman, Ana Botín, today chaired the Bank ́s AGM which approved the 2015 accounts. Botín stressed that despite “a more difficult environment than expected, results were good”. “We delivered on our commitments and we delivered in the right way, in a manner that is simple, personal and fair. Many of our rivals have to choose between growing their business or paying a dividend. Our business model and franchise allows us to do both, while also accumulating capital.”

Botín pointed out that Banco Santander made attributable profit of EUR 5,966 million in 2015, a 3% increase, while underlying profit, excluding one-off charges, grew 13%, to EUR 6,566 million. “Our €6 billion of earnings will be used to pay a higher portion of the dividend in cash; to strengthen our capital base and to grow profitably.”

Santander ́s Group executive chairman explained that the Bank will pay EUR 2,875 million in dividends charged to last year. This amount includes the three dividends distributed for five euro cents per share each (August and November, 2015, the second in scrip, and February, 2016) and the final dividend for the same amount proposed at the AGM, to be paid in May. “The result is that last year we paid more of our dividends in cash and less in scrip. Our cash dividend per share this year increased 79% and our total cash dividend almost doubled that of 2014”, she added.

“Despite a difficult operating environment, we are confident we will deliver on the targets we presented at Investor Day. This confidence is reflected in that the board intends to bring to next year’s meeting a proposal to increase the total dividend for 2016 by 5% and the cash dividend around 10%, paying 16.5 cents per share in cash and 4.5 cents in scrip. This proposed shareholder remuneration policy for 2016 results means that an investor acquiring shares at today’s prices and holding them for one year would receive a yield of around 5%.”

Ana Botín referred to regulatory demands during her speech. “The regulatory environment will continue to be demanding. But recent statements by the heads of the ECB and the Bank of England signal that we are nearing the close of the current regulatory agenda.” She pointed out that the banking sector strengthened its capital by EUR 300 billion from 2010 to 2015. Regarding Banco Santander, she highlighted that in 2015 the Bank generated 40 basis points of capital organically (to 10.05%), and that, as announced in September, the goal is to reach CET1 capital ratio fully compliant with Basel III criteria of over 11% in December of 2018. “I am confident that with the uplift we achieved in 2015 and our current growth and capital generation plans, we will meet this target.”

She also spoke about the increase in lending. “We have used our earnings from 2015 to support our customers’ growth plans through lending. Credit grew throughout the Group, with lower non- performing loans and increasing coverage ratios.” In the case of Spain, lending to SMEs and the self-employed grew 18% and to individuals, 27%.

“It’s rare for financial institutions these days to offer both growth in their business and a steady, growing dividend yield, with recurrent organic capital accumulation.”