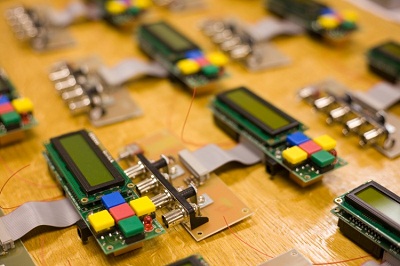 MADRID/LONDON | Telefónica UK and Vodafone UK on Thursday announced plans to strengthen their existing network partnership, by pooling the basic parts of their network infrastructure to create one national grid running each operator’s independent spectrum. The project will create two competing networks offering indoor 2G and 3G coverage targeting 98% of the UK population by 2017, mobile coverage and mobile internet services to the vast majority of British households.

It will also ensure that the capability for the next generation of 4G mobile services is rolled out as widely and rapidly as possible, helping to close the digital divide between rural and urban areas.

“Exceptional customer demand for the mobile internet has challenged the mobile industry to consider innovative solutions to building a nationwide network that will be fit for our customers in the future and support the products and services that will truly make Britain digital.

“This partnership is about working smarter as an industry… One physical grid, running independent networks, will mean greater efficiency, fewer site builds, broader coverage and, crucially, investment in innovation.”

Guy Laurence, CEO Vodafone UK said that the partnership would power the next phase of the smartphone revolution.

“We have learned a lot from our existing network collaboration but now it is time for it to evolve,” Laurence remarked.

rk grid in the UK that will run two competing nationwide mobile internet and voice networks. Both companies will retain complete control over their wireless spectrum, intelligent core networks and customer data. They will continue to actively compete with each other in all products and services, enabled through the ‘intelligent’ parts of their networks.

A new 50/50 joint venture company will be created through the consolidation of both Telefónica UK and Vodafone UK’s existing basic network infrastructure, including towers and masts, which will be transferred to the joint venture or decommissioned over time. Under the proposals, both companies will have access to a single grid of 18,500 masts representing an increase in sites of more than 40% for each operator. The joint venture will also be responsible for the building of new sites needed to extend coverage into rural and remote areas.

There will be opportunities for the decommissioning of duplicate sites and, as a result, the two companies expect there will be a more than 10% overall reduction in the total number of sites, in the UK.

Each operator will over time take the responsibility for design, management and maintenance of the radio equipment as well as local transmission (that connects to each operator’s intelligent backbone network) in one half of the country. Telefónica UK will manage and maintain these elements in the East (including Northern Ireland and most of Scotland) and Vodafone UK in the West (including Wales).

Telefónica UK and Vodafone UK are currently engaged in discussions with Ofcom and intend to establish the joint venture and network sharing arrangement later this year, following the satisfactory conclusion of those discussions.