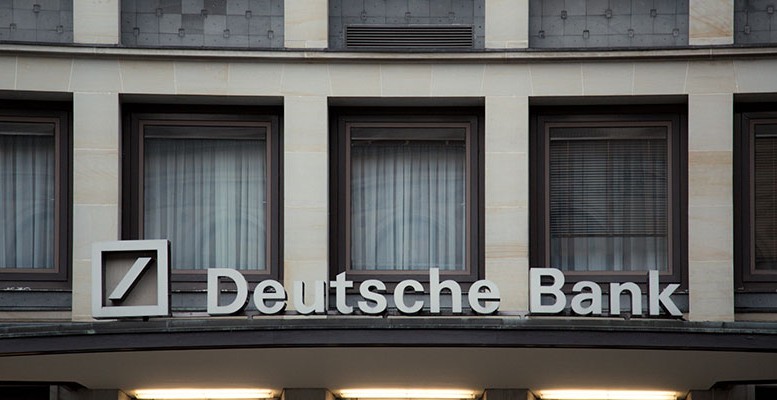 The company is a great business that can raise €8bn to essentially hand over the proceeds to the US courts without destroying its market cap (c.-10% on the news). According to Carax- Alphavalue, “hats off then to Mr Cryan, the CEO of Deutsche Bank, for keeping the benefits of the doubt for more than a year into the job and having survived the uncovering of the many corpses of DB’s go-fast and go-fat previous joint management.”

The only question beyond the pricing of the rights (21 March) is whether this is the last rights issue. As experts explain:

We have been burnt before (see 17/10/2016: Deutsche Bank, on a wing and a prayer). The temptation for perennially positive equity analysts is to say yes, even though the mechanics of a rights issue are such that this does not translate into a positive upside at the time of writing.

DB has a near 20-year long tradition of reinventing itself as the next big thing in investment banking, with the acquisition of Bankers Trust, on the eve of Internet craze wave Mark 1, over the go-go years of RMBS repackaging as high yielding risk free instruments, etc. Carax-Alphavalue’s analysts say that:

In effect, successive managements have essentially bought market share at too high a price, i.e. too high bonuses. The settlement of the RMBS bill to the US DoJ (€7bn) stands well below initial rumours ($14bn) but the US operations of DB remain under the continuing threat of numerous pending legal actions (Russian and Iranian “mirror trades”).

In addition to the €8bn (bringing the fund-raising total to €33bn over 10 years for a current market cap of €25bn), another €2bn of fresh equity capital would be raised from disposals bringing its CET1 to a respectable 14% ratio. Business lines are rejigged once again with most notably Postbank no longer being up for sale but becoming part and parcel of a retail strategy. As reported by Carax:

That sounds like a joke but as the top brass is looking more German with two new deputy CEOs under the Schwarz-Rot-Gold Flagge, industrial logic is at least respected. This may well be the true reason to give credit to the Cryan efforts: rebuilding a German anchor. We thought that this would have happened seven years ago and proved wrong. It looks to us that for Deutsche Bank to be less under the spell of investment bankers who ultimately socialise risks, more of a German sense of responsibility can only be welcomed.

There is considerable work remaining indeed to cut into Deutsche Bank’s too many businesses. The following chart (up to 2016 as our 2017-18 figures allowed for Postbank deconsolidation and thus need to be rejigged) shows that the work down on the balance sheet total (in pink) that could be commanded is not exactly matched on the RWA front.

Taking an eagle eye’s view, precious little has been achieved so far on the costs front, i.e. staffing front. The wage bill of the 100,000 odd staff still amounts to €11.7bn in spite of a €1.1bn reduction as cuts to bonuses. Finally, analysts summarize:

This still amounts to €117,000 per head or rather €132,000 once more plebeian Postbank staff is excluded from the total. As banks including investment banks go digital and robot, it should not be too difficult to find a €3bn saving as part of a thorough reengineering. Reverting to a €5-6bn recurring operating profit may not be out of reach. After tax that would leave €4bn or c. €2 per share. This means that by 2018-19, DB would have recovered EPS last seen in 2012. Awarding a modest guaranteed dividend may not be enough to buy shareholders’ patience.

Carax- Alphavalue’s target price, computed before the share goes ex-rights, points to a 16% downside. Let them wait and see for the completion of the rights issue before dipping a toe.