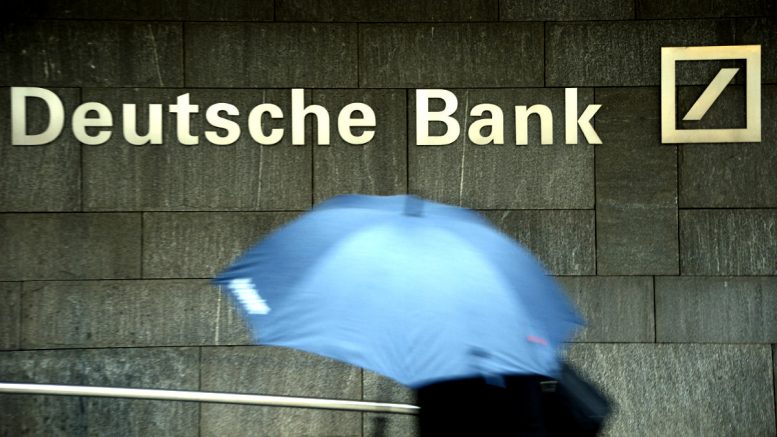 Deutsche Bank’s shares fell again yesterday (-0,97% added to the 5.16% drop on Friday) after releasing a profit warning for the 2017 fiscal year. This is due to the negative impact of the tax reforms in the US and worse figures in investment banking as a result of low trading levels.

The German bank said that as a result of the Tax Cuts and Jobs Act (TCJA) it expects to recognise about 1.5 billion euros in a non-cash tax charge in the group’s consolidated IFRS financial results for the fourth quarter of 2017, as an adjustment to the valuation of its DTA. This adjustment reflects an estimation of the impact of the reduction in federal taxes applied to operations in the US from 35% to 21%.

As a result, Deutsche Bank estimates it will register a small after tax loss for the whole of 2017 on an IFRS basis. It’s forecast that the revaluation of DTA in the US will cut the bank’s Common Equity Tier 1 ratio by approximately 10 bp. But it’s not expected to affect the lender’s capacity for making programmed payments in its additional Level 1 values.

The tax charge for Deutsche Bank is not really any surprise, according to analysts’ Alphavalue. Its peers UBS and Credit Suisse flagged a similar impact some weeks ago for the year in which the new law is signed.

Alphavalue has cut their EPS forecasts for the fiscal year 2017 in the three banks mentioned above. They now estimate the third annual consecutive net loss for Deutsche Bank for 2017.

Elsewhere, the German media has commented that the investment fund Cerberus is opposed to the possible merger between Deutsche Bank and Commerzbank, in which the fund is a very important shareholder.

After Deutsche Bank’s shares drop, and automatically due to movements in the market, the analysts’ recommendation goes to ‘Reduce’ vs ‘Sell’ (price target 14,4 euros/share), remaining negative on the stock.