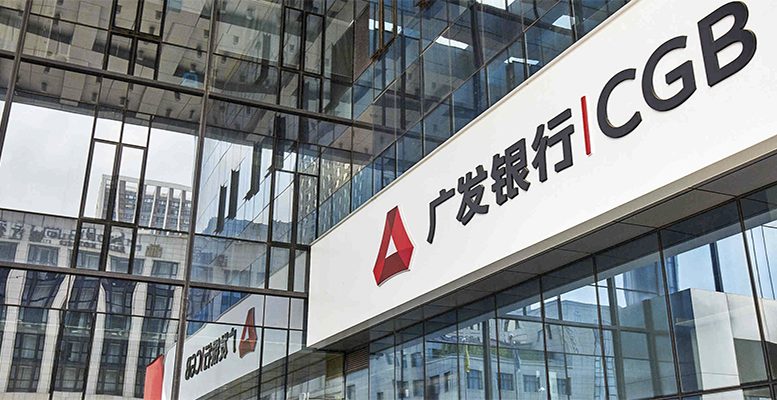 Caixin | The banking regulator has recently announced its punishment for a number of banks involved in illicit practices in 2017, imposing record fines totaling more than 2 billion yuan ($308 million).

China Guangfa Bank, which was found to have fabricated loan guarantee documents in a high-profile bond default scandal, was fined 722 million yuan. However, other players involved in the 1.1 billion-yuan bond, including underwriter Guangdong Equity Exchange and an Alibaba Group-affiliated internet platform that sold the bond, have not been held responsible.

The hefty fines have shown the regulator’s determination to crack down on shady banking practices. But whether such practices can be prevented or not remains a question. It is worth reexamining why — one after another — risk-prevention measures have failed to stem the series of scandals.

The Guangfa case exposed the weak points of China’s financial risk control mechanism. The 1.1 billion-yuan bond was sold to individual investors on an internet financing platform after being packaged as a seemingly solid product with the guarantees of a local government-backed equity exchange, a bank and an insurance company. If it were not for a failed bond repayment revealing that guarantee documents issued by a Guangfa branch bank were fraudulent, no one knows how long the wrongdoings might have been kept hidden, and how far the risks might have been extended. The scandal has shaken the trust between financial institutions and eroded the financial ecosystem.

Had any one of the preventative measures worked in the passing on of the risks, the consequence could not have been so serious. Systemic measures have to be taken in order to prevent systemic risks.

The root of the Guangfa case becoming a major scandal that spanned various institutions, industries and markets lies in the wild expansion of asset management market that has been prospering outside government regulations.

A large amount of off-balance-sheet bank assets have been formed in recent years in order to circumvent regulations on the scale of loans or requirements on capital reserves. For a while, many business transactions have been conducted in gray areas. The larger the off-balance-sheet assets become, the larger risks the banks are facing. B

ank credit has been implicitly backed by the government in China. Many people believe that a financial crisis is impossible, because the government will always step in to shoulder responsibility. This is a harmful and shallow belief. Once a systemic crisis occurs, both institutions and individuals will have no way out.

It is the nature of financial institutions to pursue profits. And some institutions involved in financial services believe they will have to take risks to make gains. But taking risks does not mean they can cross the line.

Previous cases have repeatedly demonstrated that preventing financial risks cannot rely solely on the self-discipline of financial institutions. External regulation is indispensable. Preventing major risks, especially financial risks, has been listed on top of the central authorities’ tasks in the coming three years. It shows the seriousness of the current situation. It is urgent for the regulators to optimize their structure and ability to supervise. No matter how they are going to reform their regulation modes, sealing off loopholes or filling vacuums among various regulations and improving weak points are the key tasks. Borders between different financial sectors, such as the current regulatory divides in banking, securities and insurance industries, must be erased in order to better coordinate various regulatory forces. New rules must be drafted soon to enable regulators to deal with new situations.

On the vertical dimension, hurdles among various levels of governments need to be cleared as well. The former financial work offices in many local governments have been promoted to financial regulatory bureaus. This is a step toward strengthening regulatory systems. In the Guangfa case, the local equity exchange had an even weaker risk control system than banks, insurers and trusts. Besides, it lacked supervision. Local governments have been enthusiastic about creating various kinds of exchange platforms, which can become major tax sources while providing financing channels for local companies. The exchanges can help China alleviate financial repression. But many platforms have not been following regulations. Even though the authorities have been repeatedly trying to correct their practices — they resume their old way shortly after.

China’s financial sector has been overshadowed by the practice of financial institutions having to guarantee the principal and interest for investors. This twisted practice has been formed over the years because of a lack of contract confidence in China, excessive government regulation, the existence of hidden government guarantees, the imperfection of financial rules and laws, and an outdated regulatory mindset. Breaking the practice of government-backed repayment guarantees is an urgent task. But it has been moving slowly.

Repayment guarantees lead to accumulated financial risks. If not checked, financial institutions’ wrongdoings in asset management will not be corrected. No matter how difficult it is, eradicating repayment guarantees is a necessary step. The authorities have recently put this step as one of the top priorities for their crackdown on irregular asset management businesses. We hope the authorities make serious moves.

Finance is the heart of the modern market economy. Financial risks also reflect disputes and disorder in the real economy. The Guangfa case indicates deeper problems in industrial upgrading and regional development. The authorities’ success in preventing systemic risks will depend on whether China’s economy can smoothly transit from high-speed growth to high-quality development.