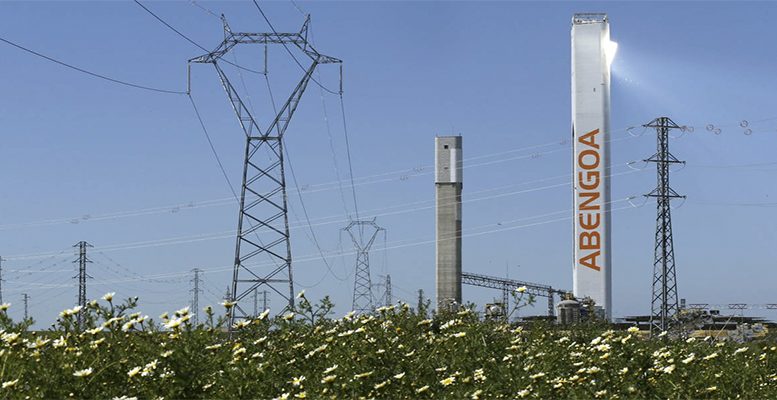 Abengoa is trying to finalise the details which will allow it to go ahead with the sale of Atlantica Yield, its subsidiary which manages electricity assets and has an approximate market value of $2.16 billion (around 1.93 billion euros).

Abengoa’s management team has two options for closing the sale: 1)  the direct handover of its 41% stake in ABY to the funds, including Brookfield and 2) placing blocks of its shares on the market.

Expectations for the sale has boosted Atlantica Yield’s shares on the Nasdaq, where it began trading in 2014 under the name Abengoa Yieldco. So far this year, the firm’s share price has revalued 15%, leaving far behind the minimum levels of end-2015, when it was dragged down by its parent company’s crisis.

Abengoa was the protagonist of Spain’s biggest ever corporate bankruptcy. Its critical situation led to the change of name for its US subsidiary and the decision to sell it off.

Link Securities’ analysts believe this news shouldn’t have “any impact”on the share price, given that the formal sale process began in February. They explain:

That was when Abengoa told the US regulator (SEC) that it could sell all or part of its 41% stake in ABY at any time, so we think it’s already discounted by the market.

On the other hand, for Bankinter’s experts remind that Atlantica Yield has a capital of $2.154 billion and Abengoa owns 41%, equivalent to $883 million. They also point:

It’s not yet clear whether it will decide to sell the stake directly to a fund or sell the shares in blocks in the market. What’s important is that it doesn’t have to apply a signficant discount, as the sale of Atlantica Yield is the main divestment included in the company’s viability plan.