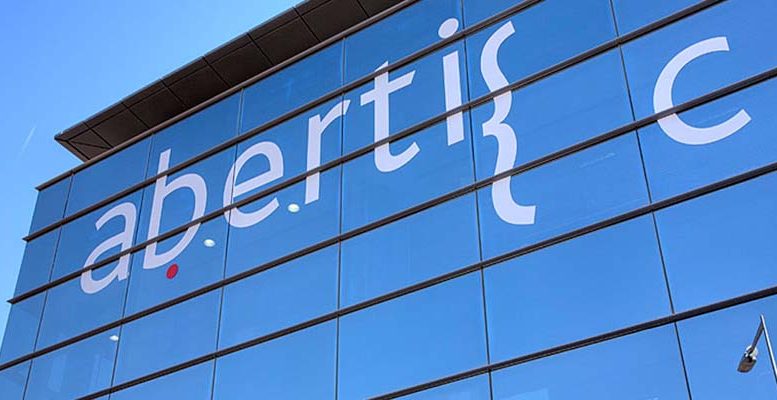 Abertis reported net profit of 796 million euros in 2016, down 57.6% from a year ago. This drop in profits is due to the fact the company recorded capital gains related to the IPO of Cellnex Telecom in May 2015. In like-for-like terms, recurrent profit rose 13% in 2016 year-on-year.

Consolidated figures in this period were affected by the negative exchange rate trends in Latin America (Brazil, Chile and Argentina). However, the growth in other indicators mitigated these effects.

Revenue in 2016 totalled €4,936Mn, up 13% year-on-year, thanks to the traffic increase and the inclusion in the consolidation scope of Autopista Central in Chile, of the A4 and A31 toll roads in Italy, and of Túnels in Spain.

EBITDA totalled €3,240Mn (+20%) thanks, among other factors, to the robust operating margins performance. Excluding the incorporation of new assets into the consolidation scope, EBITDA advanced 9%. Net profit increased to €796Mn (+13% like-for-like).

The consolidation of efficiency plans and the reduction in operating expenses in 2016 led to an improvement of the Group’s EBITDA margin in 140 bps, up to 66.2%. Growth was registered in its three main markets: in Spain, the margin rose by 190 bps; in France, by 170 bps, and in Brazil, by 130 bps.

Traffic continued to grow in 2016. The uptrend continued in Europe, with increases of 5.3% in Spain; 1.9% in France; and 2.6% in Italy. Also noteworthy was the performance in Chile, where Average Daily Traffic (ADT) advanced 6.4%. These increases offset the decline in traffic in Brazil, where the economic situation prompted a 2.8% decline.

In the sphere of road safety, the Group posted improvements in both its accident (-3%) and fatality (-5%) rates. Of particular note was the improvement in France -where the number of casualties on the road fell by 20%-, Brazil and Puerto Rico.

In 2016 the Group continued to pursue a debt management strategy aimed at extending the average debt maturities and reducing its cost, highlighting the efficiency of the company’s active balance sheet management and reducing exposure to financial risks.

The Group’s investments in 2016 surpassed €2,600Mn, of which over €1,000Mn corresponded to organic expansion capex. The most relevant projects in the period relate to improvements and lane expansions on toll roads in Brazil and the extension of the concession in Puerto Rico.

Regarding growth transactions in 2016, €1,500Mn were invested in the acquisition of 51.4% of Italian group A4 Holding, closed in September, and in the purchase of 50% of Chilean Autopista Central, in January 2016.

In addition, in January 2017 Abertis increased its stake in its French subsidiary Sanef from 52.55% to 63.07% for a total amount of €491Mn. The deal shows the Group’s ability to grow in its existing asset portfolio maintaining its financial discipline, reducing its operational risk profile and balancing its global presence, especially in the developed markets where the Group successfully operates since years.

The deal also increases the average Group’s concessions duration and insures a higher dividend flow from France, which will contribute to compensate the end of some concessions in the next years.

Keeping up with this growth strategy, in February 2017 Abertis reached an agreement to increase its controlling stake in its Italian subsidiary A4 Holding by acquiring an additional 8.53% stake. As a result, Abertis controls almost 60%. The Group aims to increase its stake by acquiring minorities’ shares.

Moreover, in January 2017 Sanef reached agreement with the French government to implement a new investment plan (Plan Relance II) for the upgrade of its network. The company will invest €147Mn in various projects in exchange for a toll increase from 2019 to 2021.

The agreements reached with public administrations and the company’s ongoing investment in its asset portfolio enabled it to increase its portfolio duration (based on EBITDA backlog) by 9 years between 2011 and 2017.

Abertis has reached an agreement with AXA République for the acquisition of a 9.56% stake in  Holding d’Infrastructures de Transport (HIT), the company that controls the 100% of Abertis’ French subsidiary Sanef for €446 Mn.

Through this transaction, Abertis reinforces its growth strategy in robust economies, with stable concessions frameworks and a clear commitment to the public-private partnerships in the toll road sector. In this sense, France offers big opportunities of value creation through future partnerships with the government as shown in previous capex for years and capex for tariffs agreements (Paquet Vert, Plan Relance).

The acquisition also demonstrates the company’s ability to deliver growth within its existing asset base with financial discipline, while at the same time lowering its operational risk profile, and rebalancing its global portfolio by increasing the weight of developed markets where it already operates with a long successful track record.