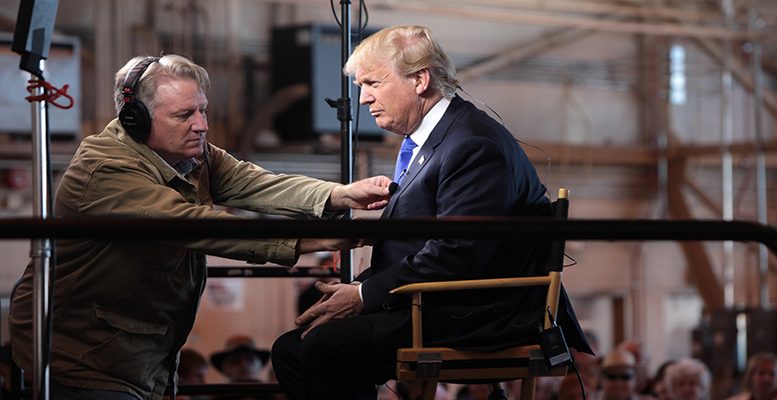 I see market analysts being very optimistic about Trump, despite the record highs the US market has recently reached. These highs are based on the bullish expectations fuelled by the policies announced by the President. There are four main areas: protectionism, big plans for public works, tax cuts (for companies) and financial deregulation.

Announced in that way, there is no doubt that these four lines of policy have a potential to boost growth.

That said, it’s not plausible that this potential will last the ten years which the Trumpists claim. There are factors which will put spokes in the wheels of such a huge project after just a few years.

In the first place, the US unemployment rate is now at minimum levels, 4.8%, close to the natural rate, after which more inflation would be generated. In fact, the FED’s chairwoman announced that it now cannot delay a hike in interest rates any further. This will work against an annual growth of 3.5% which Trump’s economists are forecasting.

These rates have not been seen since Reagan and Clinton were in office, but, as Krugman says, those two presidents took the reins when the economy was at rock-bottom. So it was easier to reap huge growth without inflation running amok.

But it’s also true that at that time, demographic expansion supported that growth. Nowadays the birth rate and the active population rate are disappointing and on the decline – as in all the rest of the western world, or almost. Take a look at the graphic:

Would it be possible for the participation rate to increase with the salary rise which should take place? With the limit imposed by the demographic rate, even although it will improve, it would take a long time to have an effect.

There are two levers which drive growth: demography and productivity. But nothing much can be hoped for from productivity, if it doesn’t pick up unexpectedly, as can be seen in the following graphic of the percentage of annual growth of productivity per worker.

A 1% growth in the population and in productivity give an approximate potential growth of 2%, far off the 3.5% for 10 years announced by the Trumpists.

They will say that they are taking other lines of activity into account which we have already mentioned.

Protectionism would divert resources from imports to exports. Let’s suppose it’s like that, and that no power which trades with the US would take retaliation measures. The most likely thing is that they will in fact take them, and that this would contract exports more than they are prepared to allow.

But Trump is not just a protectionist for trade. He is the same about capital movements and has proposed fiscal measures to repatriate US investments around the world. This may provide a good initial spurt for investment (think about the money Apple, Amazon etc have throughout the world). That said, something is filled up by emptying something else. And this would be a tough blow for the countries which are hosts to this capital, for example Ireland, but also ourselves. So we can foresee a struggle to see who lowers taxes the most to keep their hands on the cake. And this doesn’t bode well for ensuring very tranquil economic relations between countries, but does promise an increase in populism in the face of a cut in taxes and social spending.

In any event, the first effect in the US would be to increase domestic demand and the inflation rate – with the additional boost from public spending on investment – as well as a revaluation in the dollar due to the return of the capital from overseas. All of this is a force which will produce head winds, and to beat them other measures will have to be brokered, like strengthening protectionism even more, expelling immigrants etc. In economy, the road towards arbitrism is short and never reaches equilibrium.

In fact, getting rid of manpower when the demographic outlook is so bad, increases salaries and puts upward pressure on inflation.

The reality is that we don’t know how these forces will play out, nor for how long, nor what the reaction will be from other countries, nor from a second round of US government when the first has not provided the desired results. we don’t know how Trump will react to a FED which is too anti-inflationist and limits his forecasts: what we do know is that forces will come into play which are not harmonious on a global level. And that the US’ role will definitely lose status in the world. Probably in favour of China, which has offered itself as the great defender of free trade, opening up the door for it to other international relations.

Trump is about to throw world leadership in the bin, as a result of an illusion which he sold to his voters and is not going to happen. The industrial jobs which disappeared with globalisation and technology will not return. What is clear is that the consequences will hurt us all. Will it be the beginning of the end for the US as leading global power?