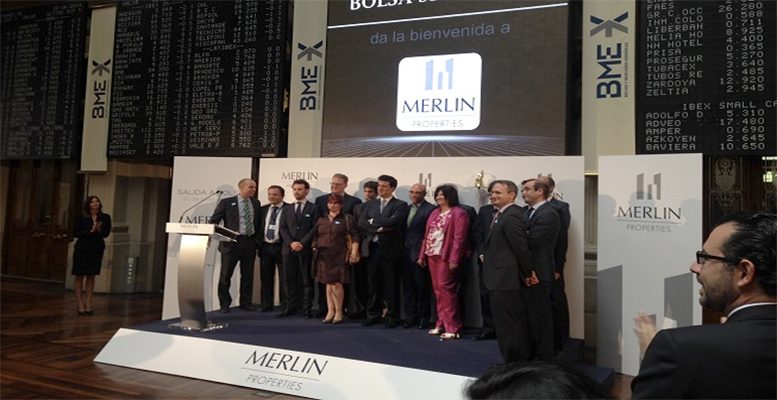 In 2016, Merlin Properties posted a record profit of 582.6 million euros, almost 12 times more than in 2015 – 49 million euros – according to a statement from the company to the Stock Market Regulator (CNMV). Merlin also announced it is hiking its dividend charged against 2016 results by 11%.

Recurrent gross operating profit (Ebitda) was 303.6 million euros, up 63% from a year earlier, while revenues from rentals grew 64% to 351 million euros year-on-year. Rental income corresponding to just the fourth quarter rose  to 121.5 million euros from 74.9 million in the third quarter. This was compared to 77.8 million euros in the second quarter and 76.8 million in the first. This acceleration in revenues is due to the integration of assets from Metrovacesa since end-October.

Spain’s biggest Socimi also announced an increase in its complementary dividend due to be paid in May to 20 cents/share. Combined with the 20 cents/share interim dividend already distributed, it represents total shareholder remuneration of 40 cents/share for 2016, compared with the 36 cents/share expected by the market (+11%).

This complementary dividend will be paid after it is approved at the AGM, which is likely to be held on April 26.

For Bankinter, these solid results exceed market expectations and will support Merlin Properties’ stock price. They highlight the following factors as particularly positive: 1) Operating efficiency, with a recurrent EBITDA margin of 86%. 2)A revaluation of the assets, which allows the company to currently trade at a 3% discount with respect to its NAV. 3) A favourable outlook for 2017 due to the increase in occupancy in Metrovacesa’s assets and the development of logistic assets. 4) A dividend of € 0.44/share in 2017, equivalent to a dividend yield of 4.0%.