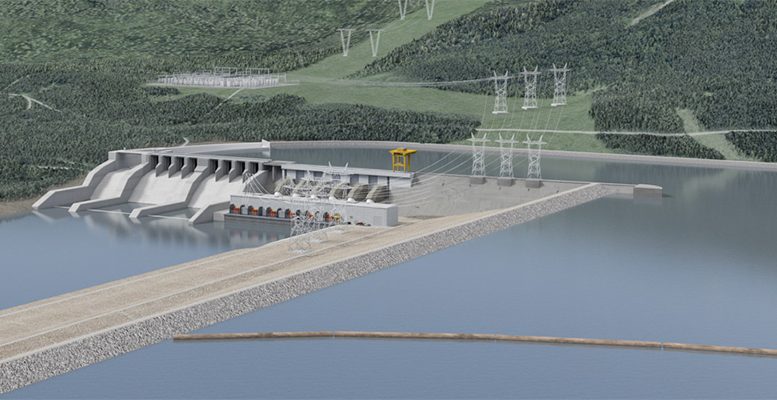 A recreation of the Site Clean Energy Project

ACS has won a contract worth 1 billion euros, related to one of the biggest hydroelectric projects in Canada’s history. So the company is strengthening its internationalisation and its business in North America, currently its main market. With this latest contract, the company will be working on part of the work for the new hydroelectric complex which is being built in British Colombia, in the east part of Canada. The so-called Site Clean Energy Project, which is being carried out by British Columbia Hydro, is worth 6.7 billion euros.

Its involvement in this project means that ACS will be in charge of the construction of the overflow channels and the generation station. The company won the contract with a consortium which controls 55% via its subsidiaries Dragados and Flatiron. Local firm Aecon and EBC are the other partners. The whole project consists in building a hydroelectric plan which will have 6 turbogenerator groups, each with 183 MW of potential capacity. The project is expected to be completed in 2023.

For Renta4, the operation allows ACS to continue to increase its presence in North America, now its main market. The analysts do not expect any impact on the share price from the news, reiteraring their Hold stance, with a price target of 38,5 euros/share.