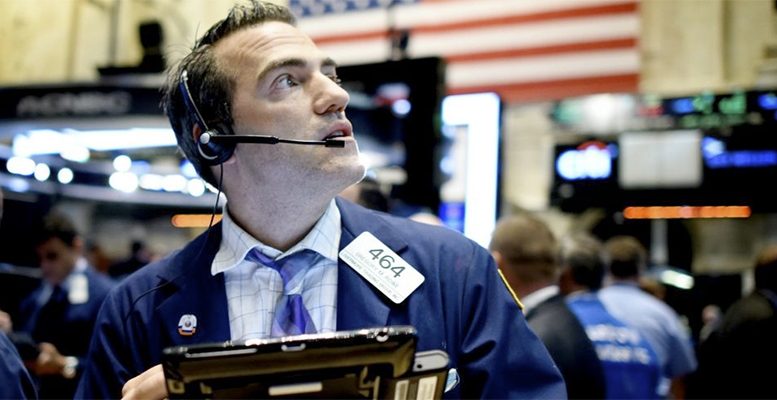 Inspired by game theory, JP Morgan’s analaysts Marko Kolanovic and Bram Kaplan have analysed February 2018 market turmoil against the one that ocurred in August 2015 as both sell-offs had a striking similarity. The conclusion is that if equities follow 2015 flow patterns, new market highs may come soon.

Systematic outflows and extremely low liquidity during market stress, played a main role in the February sell-off. Given that both macro and micro fundamentals were intact, JP Morgan’s forecasts that the market would recover quickly.

The flow aspect of the sell-off had a striking similarity with the August 2015 sell-off: realized volatility caused de- risking from volatility targeting strategies and forced covering of short volatility positions (e.g. , VIX inverse ETNs), momentum triggered CTA outflows, and dealers’ option gamma prompted selling of futures. These outflows happened at a time when electronic (high-frequency) liquidity in index products collapsed. We also note that the stress was largely contained to equity markets.

Unless there is a recession, all of these flows tend to reverse within 1-2 months. For instance, short -term momentum turns positive ~1 month after the initial shock, short -term options expire within a 1-month cycle (gamm a rolls off), and realized volatility starts declining prompting volatility sensitive investors to buy. This all happened in 2015 and is happening again now. So, the market should reach all -time highs relatively soon.

There is also a substantial difference between Feb 2018 and Aug 2015. Right now, both macro (synchronized global growth) and corporate fundamentals (tax reform and record earnings) are much better than in 2015. This adds demand for equities and strengthens fundamental reversion flows. For instance, Kolanovic and Kaplan compare current fundamentals to 2015, when there was a US earnings recession, EM crisis, China crisis, Energy, and High Yield concerns.

This year, we expect $800bn of buybacks vs. around $600bn in 2015. The difference ($200bn) on its own, equates to all the value of all recent systematic strategies’ selling. And while system atic strategies will buy back most of what they sold, buybacks will not reverse. This is all supportive of the market reaching new highs relatively soon (e.g. , with the onset of Q1 earnings season), and is consistent with our previous fundamental and quantitative research.