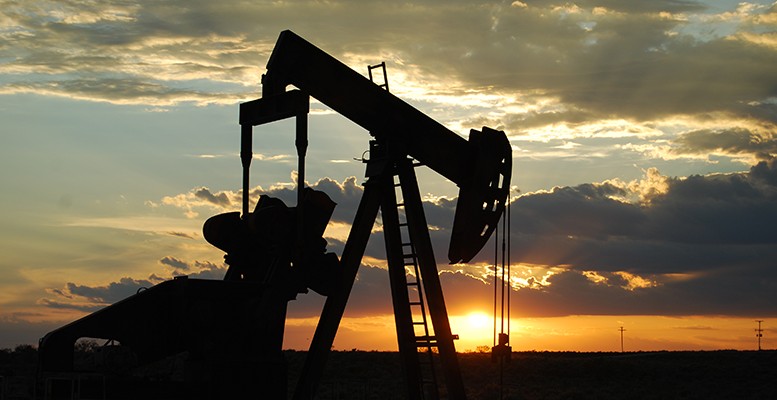 C.Peel, T.Docal and C.Sweeting via Caixin | Collapsing oil prices have clearly caused financial disruptions. There will likely be bankruptcies and credit-crisis events among over-leveraged and high-cost producers.

However, this may actually turn out to be a boom for better-capitalized oil companies that can use their cash to buy distressed competitors and reserve assets, rather than explore greenfield sites for new sources of oil.

Investors are now almost unanimously assuming a vicious cycle whereby collapsing oil prices cause a global slowdown that leads to even weaker energy demand and further oil price declines. But history and an economic analysis point to a self-stabilizing process, as cheap oil supports economic activity and modestly boosts energy demand. Lower oil prices and their restraining impact on inflation also signal that global central banks will likely remain accommodative, in our view.

So the sharp decline in oil prices has certainly been disruptive. But stabilization from distressed trough levels should be good for economic growth, even if the price of oil doesn’t rebound to the peak 2014 levels, which were above US$ 100 a barrel.

Oil prices are symptomatic of persistent market concerns over the fact that manufacturing trade and capital spending are stagnant, despite massive liquidity injections from the developed world’s central banks.

The reality – at least as we see it – is that the global economy is still slowly working through the deflationary impact of an unwinding of excess capacity and excess supply. This is not new news; too much productive capacity was built globally to serve unsustainable demand that was bolstered by excessive leverage. The pain of retrenchment is now working its way gradually through the global economy. We expect this to continue.

So with the modest-at-best global recovery after the financial crisis trauma from 2008-09, markets are understandably preoccupied with the scope of unpleasant shocks, particularly given that expansion in developed economies is now approaching a seventh year. These shocks range from a hard or bumpy landing in China to a potential recession in the United States as the oil and manufacturing sectors face some duress, and as the unsubsidized price of money again enters into the equation.

Geopolitical risks are also clearly mounting as the Middle East is certainly in a fragile state right now. If we think about what’s going on in the region today, the hotspot list is certainly long. We see conflicts in Syria, Yemen and Libya, as well as a rise in terrorism and, more recently, increasing tensions between Iran and Saudi Arabia. The oil price collapse has put significant pressure on Middle Eastern geopolitics. The phenomenon of lower oil revenues inside exporting nations has prompted governments to take steps aimed at protecting their fiscal positions. Currencies pegged to the U.S. dollar are also starting to come into focus, with speculation that some of these pegs may break should we see persistent downward weakness in oil prices.

For the most part, though, large oil-exporting countries in the Middle East have significant financial reserves that were built when oil prices were high. They also have little debt in relation to gross domestic product. So we think they should be able to withstand a period of lower oil prices, although not indefinitely.

Iraq, Iran, Libya and Saudi Arabia together produce roughly 20 percent of the world’s crude oil. Yet there seems to be little if any geopolitical premium built into oil prices at the moment. Should tensions escalate further and lead to another oil outage, the current buffer of global oversupply could be reversed pretty quickly. This is not our base-case expectation. However, it certainly remains an upside risk for oil that we think is not being priced in.

We know there are a number of factors contributing to the oversupply of oil. Successful U.S. shale production over the past few years combined with the decision of the Organization of the Petroleum Exporting Countries (OPEC), and Saudi Arabia in particular, not to cut production has added to an already oversupplied market. And there’s more potential supply pending Iran’s return to the market following the lifting of sanctions. For oil prices to normalize, this excess production needs to be removed from the market somehow.

Still, we think the oversupply situation needs to be put into context. Various estimates today show a global oversupply of between 1 million and 1.5 million barrels a day of oil. Considering that roughly 94 million barrels a day are consumed around the world, the oversupply is roughly 1 to 2 percent, or just one year of demand growth, at current rates, according to fourth-quarter data from the U.S. Energy Information Administration. This is far lower than where the market was in the 1980s when OPEC and Saudi Arabia adopted a similar market share strategy.

With managed decline rates of roughly 4 to 5 percent in existing oil wells and declining industry investment, we think it’s inevitable that oil supply and demand will come back into balance at some point in the future. But in the short term, we believe the price of oil may need to fall to a level that forces excess supply off the market. This is happening today, although it’s taking longer than many have expected.

Many investors wonder how low prices can go. In our view, the lower the price of oil goes in the short term, the quicker the rebalancing process should occur because it becomes uneconomical for some producers to maintain current oil production levels.

Some forecasts say oil prices will fall to US$ 20 a barrel, which is certainly possible. But at that level, a decent amount of crude oil would be losing money on a cash basis. So we would likely see a stronger supply response than we have seen so far.

In terms of overall industry investment, according to our analysis, global exploration and production capital expenditure likely fell in 2015 and can be expected to decline again in 2016. That would mark the first time in at least three decades that the oil industry has registered two consecutive years of investment decline.

As previously noted, major sovereign producers do not have the financial resources to tolerate low oil prices indefinitely. Saudi Arabia, Russia, Brazil and Venezuela, as key oil exporters, are experiencing significant budgetary shortfalls attributed to lower oil prices. Although some countries have stronger financial reserves than others, stresses are already being felt in the market.

So over time, we see the market readjusting from a world of oversupply to balanced and then potentially under-supplied farther out. At this point, the oil price will have to rise to a level that will promote the return of additional production in order to offset the natural decline rate and satisfy future demand growth. When might this happen? Our expectation as we move through 2016 and into 2017 is that the supply and demand imbalance will slowly erode through a combination of reduced production and increased demand growth.

In addition to stress on the market, low prices are pressuring companies in the oil industry. We have found decent value within the energy space. In some cases, we have been presented with valuation levels that we have not seen in decades. We have found major, integrated oil companies with solid balance sheets and sizable dividends that we believe should be able to navigate the market uncertainty and also potentially benefit from the cost deflation and capital discipline over time.

On the other end of the spectrum are the U.S. exploration and production companies, as well as service companies that are highly correlated to oil prices. These should benefit greatly once supply and demand normalizes. We think the U.S. shale industry could recover first. That said, we are being very selective right now. Of course, we want to be positioned in what we believe will be the survivors.

Since New Year’s Day, we’ve certainly witnessed a good dose of gloom fueled by the many proximate risks that seem imminent to some market participants. However, sentiment swings drive the market’s short-term voting machine. The ongoing challenge is to stay unemotional, balanced and objective, remaining focused on longer-term fundamentals, and waiting for the time when positive surprises come and sentiment shifts.