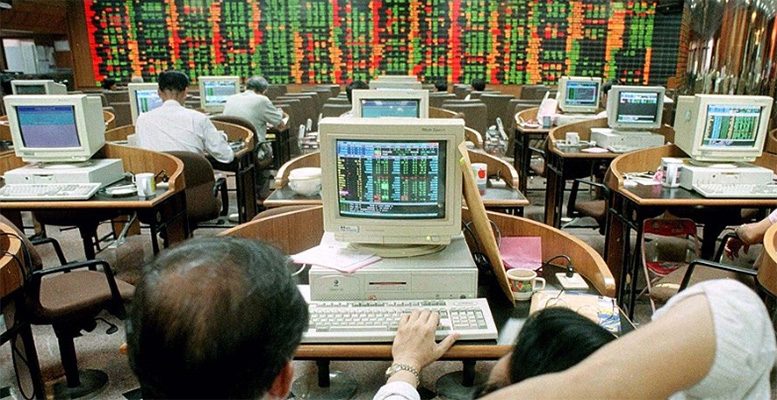 This month is the 20th anniversary of the start of the Asian Financial Crisis. As pointed by Mark Tinker’s Head of AXA IM Framlington Equities Asia, some part of the industry is focusing on China as being the epicenter of the next ‘crash’. “In particular they continue to focus on China’s debt ‘problem’, which as we have argued on many occasions is not only not the problem they claim it to be, but actually a huge opportunity,” he explains.

More important in many ways is to recognise just how much Asian economies and Asian financial markets have changed over the last 20 years. Tinker picks just one example: in 1997, Chinese GDP was around $780bn, about the same size as Switzerland. Last year, the Chinese economy grew by more than that amount.

The 1997 crisis was largely a function of current account deficits and dollar denominated debt. Countries such as Thailand and Indonesia had grown rapidly over the previous five years through foreign direct investment (FDI) and a significant increase in domestic and international borrowing. As the domestic economies boomed, they ran huge current account deficits which by definition meant capital account surpluses. They were dependent on international capital flows, meaning that they had control over neither the price, nor the availability of capital. Higher US rates meant a stronger dollar and suddenly domestic borrowers of foreign capital found themselves hit by a massive rise in borrowing costs, triggering a death spiral. Hong Kong suffered some powerful speculative attacks on its currency board as speculators tried to engineer their own win/win situation. According to AXA IM’s analyst:

Borrowing stock, selling it for Hong Kong dollars and then selling those dollars, they could force interest rates higher, creating a sense of financial panic and putting further pressure on the currency to devalue officially. In a sense this was the same playbook that had been applied to force sterling out of the Exchange Rate Mechanism (ERM). Thailand and Indonesia had been forced off their pegs (very profitably for the speculators) and now the hedge funds were going after the Hong Kong currency board.

Meanwhile, part of the ‘play’ was that if the stock borrowed was in the financial sector (which it was) then the threat of higher interest rates would further depress those share prices enabling the speculators to:

2) sell that stock short to effectively borrow Hong Kong dollars which were not available directly.

3) sell those Hong Kong dollars to put downward pressure on the currency which then triggered,.

4) higher interest rates thanks to the currency board.

5) see downward pressure on both the currency and in particular the financial sector. Rinse and Repeat. Thus the currency speculators could make money from short selling equity markets in a self-fulfilling way until the ‘inevitable’ happened and the currency board collapsed.

The international investment community, as is often the case, went along with the (self-interested hedge fund) narrative that the Hong Kong authorities should let the currency go. However, what they, and indeed the speculators, had not counted on was that the (new) Chinese authorities in Hong Kong not only had no intention of being manipulated by the New York currency speculators, but that they intended to beat them at their own game. By buying up the Hong Kong stock market, they reversed the self-fulfilling downward spiral and turned it into a huge short squeeze in both the stock market and the currency. The speculators had to buy back their shorts which meant that to do so they had to bid for the Hong Kong dollar, which meant rates came down, which meant that the financial stocks they were short rallied and so on. After spectacular profits on the Thai baht and the Indonesian rupiah, the hedge funds took their losses and retired, while the Hong Kong authorities effectively unitised their equity holdings and sold them to the public.

In opinion of AXA IM expert Mark Tinker, the broader lesson from all this is that since the very start, the Chinese authorities have refused to play by the western rules when it comes to monetary and exchange rate policy,” which makes it very difficult for those investing on the basis that they do.”

Twenty years on, most of the Asian emerging markets are now running current account surpluses and are no longer dependent on US dollar borrowings. They are not fully developed in terms of financial infrastructure – indeed the building out of proper financial infrastructure is arguably one of the key developments in China right now – but the economies are significantly more balanced and have high savings ratios and pools of domestic capital that can support economic growth. To sum up:

The linkage with western markets is shrinking rapidly and while we see taper tantrums and volatility in flow data from international capital markets, this is increasingly at the margin for secondary capital trading rather threatening long term capital flows.