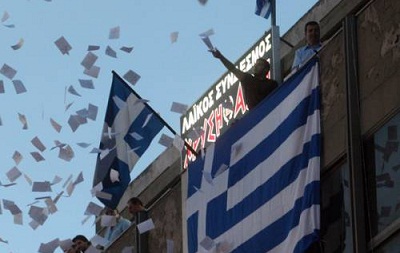 http://exbacksms.com/ How to win back your ex

By Luis Arroyo, in Madrid | Everybody is now praying for a solid coalition to form in Greece's government, a partnership that keeps tightening the rope of public spending. On the contrary, the left, whether via moderate Pasok or other radicalised groups, may have a greater role than many like to imagine. It doesn't matter. Time goes by. Greece needs more money. And German Chancellor Angela Merkel is facing her own problems to get that much hailed fiscal treaty approved by her parliament.

The strategy of the European Union has not worked, it does not and it will not. It's based in wrong economics delivered by incompetent institutions. The European Central Bank is the most dependent of its kind, externally and internally trapped by Berlin. The ECB's decisions are growing more erratic, even if sticking to the German logics.

This is not a conspiracy theory but the natural consequence of the European construction process. It was harmless while focused on organising trading spaces, but it turned out lethal when its big ideas needed proper backuphttp://exbacksms.com/ How to win back your exg>.

Financial tempest after financial tempest, economics clash again and again against European politics. European politics clash against State politics. The result is a pro-cyclical economic policy, whether it's boom or bust. Some believe this is only a short-term problem that structural reforms will erase in the long term, but I do not agree. Four years ago we were told the crisis would last five years, nowadays we are told it will last five more years and in five years, we will be told we are not yet out of misery. If mismanagement persists in the short term, the long term matters very little. Capital matters and isn't neutral, in the short term and also in the long term. Some governments now beg the ECB for intervention, aping what someone else said but not knowing why. They are late.