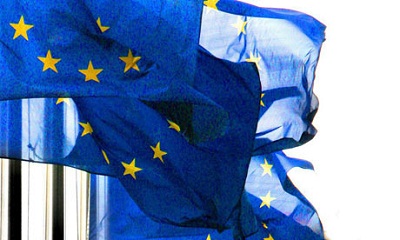 By www.consensodelmercado.com, in Madrid | Europe has been immersed in a long and complex change process for the last three years. The global currency department at JP Morgan has published a report marking out the path that Europe should be following in the medium and long term. It expects a main scenario in which no country member leaves the euro, but in which the process towards the real union is slow and suffers stress events every few months. The truth is that all seems to move forward, but a global look also shows that the adjustments for this new Europe are half-done.

“The process will possibly take around ten years more to be finished, so we are not even at the halfway point,” explains JP Morgan.

The following lines describe the milestones that Europe should achieve in the next 10-30 years.

All the countries continue fighting against public deficit.

All the countries continue implementing reforms to improve productivity and recover a growth trail.

A second round of Greek debt reestructuring, including the 'official debt' takes place.

The Bank of European Investments injects some sort of stimulus/ aid, such as  t

he 'Project Bonds' (financial help from Europe to specific countries/projects.

The European Central Bank reactivates injections of liquidity via the SMP and new LTROs. The euro/dollar correlation goes to 1.20.

The ESM as well as the ECB and the IMF introduce liquidity measures to help a bunch of four of five countries, including Spain.

First steps to the 'banking union' such as imposing Spanish financial sector with some requirements for the help received.

Some country’s debt is cancelled such as Greece’s, while one or two more other countries reestructure theirs.

A second stage of the banking union comes, moving forward every six months with measures to enable Europe to guarantee funds and fix rules.

The second stage to fiscal union begins, by further steps every six months towards the writing of a supranacional budget.

Lithuania and Latvia may enter the European Monetary Union.

Fiscal Union is reached by a centralised fiscal authority and the joint bonds issue.

Political Union is reached. A European president is appointed having significant powers.

Poland, Hungary and Romania may enter the EMU.