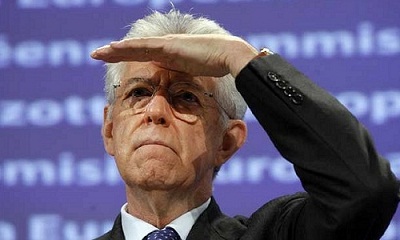 MADRID | Any train traveller knows by heart the stern warning on the danger that lies in leaning out. Italians seem to pay due attention to this caution, living permanently in a risky environment. Downplaying their own problems has led them to slip to second line positions leaving Spaniards as forerunners of the raging euro battle.

Spain has behaved in a most divergent way. Confronted with a looming banking crisis, we trumpeted its disarray openly exposing our shortcomings. This transparency hallmark was supposed to act as a catalyser enticing investors to flock in with fresh money. Contrary to expectations, this move backfired prompting widespread mistrust on banking balance sheets. Bankia misfortunes and gross mishandling did the rest. No wonder capital markets readily closed their doors to any Spanish bank.

The government is exposing any existing failure, blaming the previous one for it. But putting the onus on others has not spared Spain from being labelled a country unable to deliver trust. We have been shocked to discover that regional accounts were utterly faked, that Bank of Spain supervision was flawed, that nothing worked out properly. Such a flat confession of guilt rather than wiping out our sins only served to focus on us hawkish attacks from speculators. Th

﻿How to get your ex back How to win back your ex.

e government candidly provided them with abundant ammunition, thus  contributing recklessly to dig our own grave.

Now that things are subject to a nasty turn, blaming others pays scarce dividends. You might point with your finger to Germany for leaving yourself stranded, accuse the European Central Bank for ignoring your calls for help, or rebuff the Commission for failing to rubber stamp your claim bailing out your banks did not amount to any rescue at all. That kind of conduct fails to impress them. Rather, they nurture the growing sentiment you are drifting away from reality. Proving unable to convince the markets, the government has switched from early euphoria at a rescue it failed to recognise as such, to depicting it as a devilish attempt to burden sovereign debt with the banking bill.

Mistrust has also emerged from hints we might be ready to pull out of the euro rather than being rescued. Such a threat doesn’t work. Rather, it fuels market doubts on Spain’s creditworthiness. Who would invest money in a country that might switch claims into a devalued currency? Doing little for curtailing that rumour from spreading has hit our risk premium in a more decisive way than any real bad news. ECB intervention might temporally subdue our huge differential gap. But unless a confidence building process is quickly implemented, and harsh measures are taken to bridge the deficit gap, we might spin off control. Time is running out to redress matters.