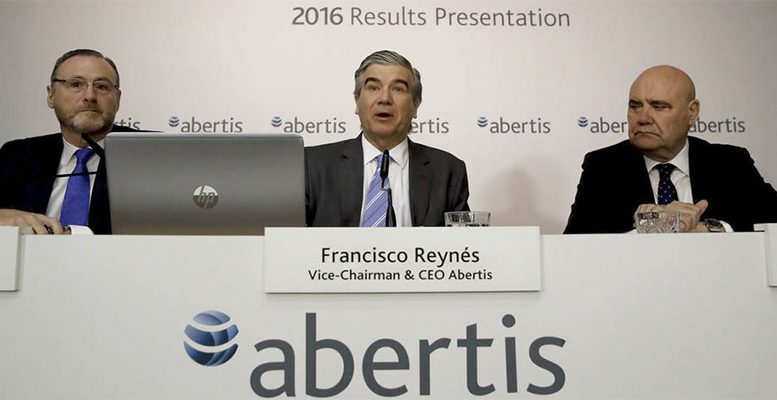 It’s now official.  Atlantia has launched a full  takeover bid for Abertis worth 16.341 billion euros, implying a price per share of 16,50 euros. Payment will be made either in cash or via a share exchange.

With this “friendly” offer, the Italian group aims to create a world leader in transport infrastructure, which would be present in 19 countries and be the leading motorways operator in Spain, France and Italy.

The price offered by Atlantia represents a premium of 20% on Abertis’ average trading price six months prior to the deal being proposed in mid-April. According to ACF’s analysts:

“This price would mean valuing Abertis with the same multiplies as its peers (PER of 18x and EV/EBITDA of 9x).

However the price is adjusted to Abertis’ current share price, which closed last week at 16,45 euros per share. It ended up at 16,35 euros per share after the bid news was revealed.

Atlantia has stated that it has financing from a syndicate of banks to complete the transaction, although it is also offering the possibility of paying up to 23.2% of the cost via a share exchange. So the cash amount would be 12.550 billion euros.

The Italian group has proposed paying Abertis’ shareholders 16,50 euros for each of their shares and the opportunity to exchange up to 23.2% of the shares they hold for shares in Atlantia. The exchange would consist of 1 Abertis share for 0,697 Atlantia shares.

Atlantia has said its bid is conditional on receiving acceptance from shareholders with at least 50% of the company’s capital and that the share exchange option is agreed on by a minimum of 10.2%.

There are now two pending milestones in this operation: the first is the approval by the relevant authorities, and then seeing later if Criteria accepts the offer or not or, on the contrary, Atlantia improves its bid. In Renta 4’s opinion:

We believe this last scenario is more likely and recommend holding on to Abertis shares to see if there is a possible improvement. The bid does not provide any premium on the current share price and there is no lock up until February 2019 in the case of the share exchange option.

Bankinter’s analysts agree that it’s not improbable that, as time goes on (during the acceptance period) and if the level of acceptance is not high, Atlantia would be forced to improve its offer.

These experts are even clearly recommending not to accept this bid. They give the following reasons. Firstly, the control premium has a value, which doesn’t seem adequately acknowledged in this offer. The fact the bid was expected some time ago and this fuelled a rise in the share price doesn’t detract from this value. As analysts report:

We value Abertis at 16,03 euros per share and believe that on top of that level – which, in addition, is approximately the market  price – a control premium should be applied.

Secondly, the bid is for 100% of Abertis, but its shares are not going to be delisted. They will continue to trade on the stock market, so, in the worst case scenario (a high acceptance level), Abertis’ current shareholders  could hold on to shares providing a dividend yield of 5% in 2017 and 5.6% in 2018, according to the house’s estimates.

Against the current interest rate backdrop, it’s not easy to find assets which offer this yield…which are valued more highly precisely for this reason. And in the event of Atlantia deciding further ahead to delist Abertis’s shares, it would have to launch an exclusion takeover bid and very likely at a price which was at least the same as the one being offered now. This would offer those shareholders who don’t want to accept this bid now a future window of opportunity to get out under the same conditions (but after receiving the dividends).

In any event, they recommend that those shareholders who accept the bid in spite of all their previous arguments choose the full cash option.