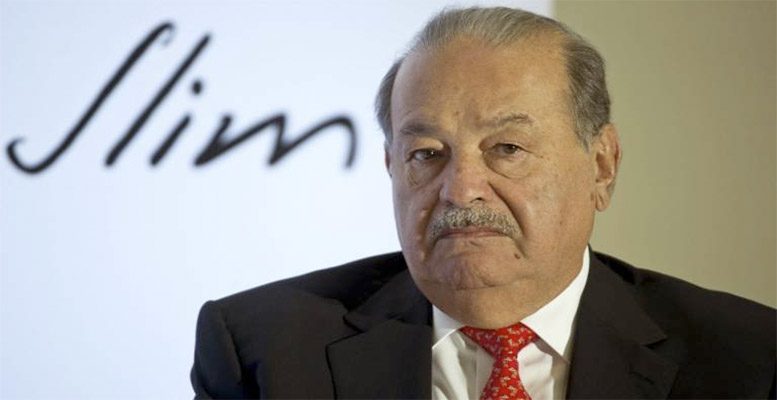 Fernando Barciela | Mexican magnate Carlos Slim bought various companies for a symbolic amount during the peso crisis in the 1990s and the privatisations process afterwards. He is considered a kind of magician, capable of turning disastrous companies into examples of real corporate brilliance.

The millionaire, of Lebanese origin, made Telmex – which they say he bought for a song – into one of the most efficient telecos in the world. And America  Móvil, which he founded, is the fourth largest global mobile network operator.

So when Slim agreed to take a stake in FCC in 2014, which was at that time controlled by Esther Koplowtiz, and in a lot of difficulties – sales on the decline, losses, debt…- a lot of people breathed easy thinking the Mexican businessman was going to put the builder back on the straight and narrow.

Up to now, what he has done in FCC is nothing to shout about. The last year in the company, after he finally took control of the board in June 2016, has not been very promising. So investors have taken fright and FCC’s stock price has plunged. While the Ibex 35 has dropped around 7% since June, FCC’s share price has lost 20%.

The reasons are clear. The figures don’t show any improvement in the company’s situation. First half sales fell again, by 3.4%. It’s not a lot but it sets a trend. Negative. Particularly if 2016 sales already fell around 8%.

The company says that part of these declines are down to divestments and sales of subsidiaries, like Portland in the US. But the reality is that FCC’s order book has been dropping. At the end of the first half of 2016, it stood at 31.5 billion euros. Now its just a little over 30.150 billion.

The worst thing is that FCC is already costing Slim more money than he certainly thought he would bet on it. He recently had no other option but to give the Spanish company a loan to the tune of 780 million euros, via his own bank Grupo Financiero Inbursa. If he hadn’t done it, FCC would not have been able to bid for the contract for the Line 2 of the Panama Metro, worth 1.652 billion euros.

For reasons which are not at all well known, Slim’s style – he is a difficult person, used to calling the shots and being obeyed – doesn’t seem to be popular in FCC. The Mexican millionaire occupied FCC’s offices with executives from Mexico DF.

During the year and a half they have been in Madrid, they have tried to change some aspects of the firm’s culture and organisation, like the group’s division into a series of almost autonomous companies. They propose these should work together in an integrated fashion.

Slim also touched a nerve when he cut the incentive payments for executives and tried to reduce the number of top jobs and middle managers in the Environmental division. This was openly opposed by the head of that division, a Spaniard.

Everything seems to point to the fact that these disagreements have made the atmosphere strained. And this situation was confirmed to some extent in September. The construction company announced that its CEO at the time, Carlos Jarque, and financial director Miguel Martínez Parra, both Mexicans who had been in the company under a year, left their jobs to return to Mexico. For personal reasons, they said.

Slim then appointed a new CEO, the Spaniard Pablo Colio, with the likely aim of making the peace with a management structure apparently indifferent to his plans.

So now there are a lot of people who think Slim has got himself into a mess in Spain and is going to find it very difficult to relaunch FCC. For the time being, the top management of the company, which has been working with Esther Koplowitz, an exquisitely educated woman, for decades, still feels faithful to her.

Then of course its posible that FCC needs a cultural revolution to change old habits and puts it back on track. The problem is that a kind of corporate patriotism exists in the company. Its top managers still consider FCC as the total star of the sector. And they don’t easily accept people finding fault.

Whatsmore, FCC’s crisis didn’t start yesterday. The builder has been in a permanent crisis for years. Last year, for example, revenues were less than half those registered in 2008; 5.9 billion euros vs 14 billion.

That said, the company needs Slim. He is not only a core shareholder but has also been providing financial support and looking for contracts in America. If the Mexican magnate were to abandon the company, he would simply be leaving FCC in the lurch.

Furthermore, Slim has achieved some things. Debt is down 11% compared to a year ago: then it stood at 4.5 billion euros and now it’s at 3.9 billion.

The one who still can’t complain, on a personal level, is Slim. Despite FCC’s slump in the stock market, the figures still add up for him. His 81% stake cost 1.350 billion euros, while the company is worth around 3 billion.