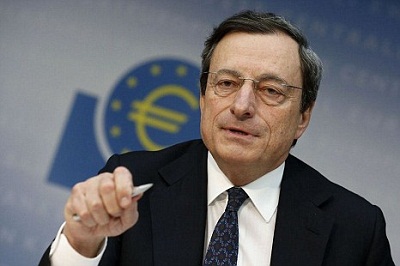 By Nuño Rodrigo | www.cincodias.com | It is remarkable the swiftness with which the markets have amortised the bailout plan for the Spanish banking sector. But it is no surprise; the markets have their own stimulus, reward and learning mechanisms, and when an event appears repeatedly, the process rolls out ever quicker. The Greek bailout anaesthetised the markets for some months; the Irish did the same for some weeks; the Portuguese, for some days; and the Spanish, for just some hours.

I said some weeks ago that Spain was in time. I was wrong. There was time, but Spain lacked the capacity to cope with the European pressure. Because as much as Spain would refuse, as much as the Spanish government would bluff about the breakdown of the euro, both the European Central Bank and Brussels could always bring down the Spanish defence with only a single question. “Mr. De Guindos, do you really want to see queues of Spaniards in front of their banks, asking for their savings?”

The Eurogroup meeting must have been something like a Star Wars' scene: “I find your lack of faith disturbing, Mr. De Guindos”. (I must say that I had had this idea before someone told me that Paul Krugman had already used this quote). In the end, the European Central Bank is the Death Star of Star Wars. It is the ultimate weapon, with which one can destroy a whole economy by pressing a single button. “Financial terror” is so powerful, that it hasn't even necessary to activate it; the prospect of a banking panic has dissuaded any government from contradicting the ECB/Bundesbank armies.

Last Tuesday, in truth, the threat increased. With less than a week before the Greek elections, some European sources quoted by Reuters threatened with a corralito in Greece if the euro were to break. What a direct and effective blackmail. “It's up to you. I can press the button… or not.” It isn’t the first time. Former Italian prime minister Berlusconi had already been expelled without elections, and from the tower of Frankfort.

Thanks to the power of the ECB for triggering and avoiding banking panics, southern Europe is suffering a dogmatic and counter-productive economic policy. But the worst of all neither is the fact that most of the European democracies are subordinated to the decisions of senior economists, chosen by no-one, who are closely linked to the large banks (i.e. Axel Weber, Jörg Asmussen, Mario Draghi, Jean Claude Trichet), nor even that in n

orthern Europe the interests of this caste are somehow linked to the most coarse populism.

The worst of all is that we can’t see any will to solve the fundamental problem of the euro in those politicians that are today in government in Berlin. And the fundamental problem of the euro is the flight of capital from those countries in the South. This is a liquidity crisis that, in time, will become a solvency crisis. It is what Martin Wolf calls “the slow journey of the euro towards its own disappearance.” Any gestures to stop this journey only arise when the breakdown seems to be imminent… to quickly disappear.

As Wolf and Krugman put it, there are two possibilities that explain the current situation: either Germany believes its own propaganda, that is, that the sole problem of the euro is the fiscal irresponsibility of some States (which is a stupid proposition); or Germany wants to force its partners into obedience, so they do as it says or they leave the euro, which Berlin thinks they will not dare doing. It is a risky business. Up to the 42% of the German exports go to the European Union thanks mainly to a competitive edge that would disappear in a matter of hours if the monetary union were to break.

Germany is trying to protect itself from a possible breakdown. Hence its insistence that it has to be the European Stability Mechanism the one delivering the money for the Spanish bailout, and the refusal of the ECB to buy debt from the attacked countries, and the reticence of the Bundesbank to create a banking union.

All of this reflects a profound ignorance about market dynamics. Spain or Italy cannot be rescued without France and its banks falling directly in the line of fire. If Spain or Italy leave the euro, France would probably be unable to weather the storm on its own. Then, the euro would probably disappear. In this scenario, the entire surplus savings generated by Germany in the last decade and a half, which have been invested in other countries of the euro zone, would be suddenly devalued.

So, at this stage, one can’t help but wonder: when time comes, and it may come as soon as next week, what will Germany decide?