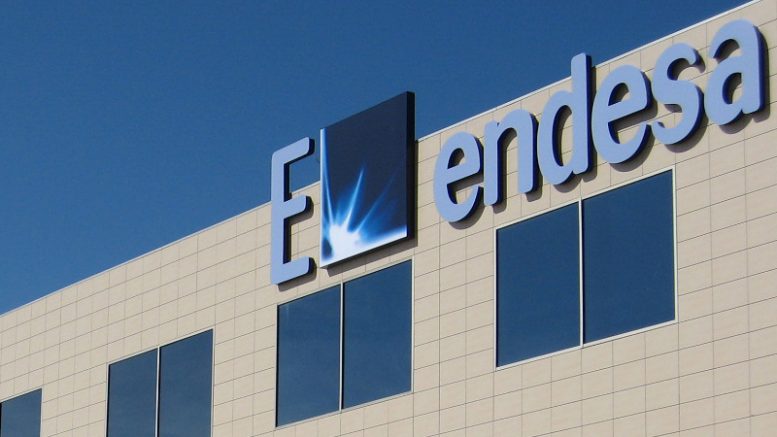 Endesa registered net profit of 253 million euros in the first quarter of 2017, down 26% from a year earlier, due to the impact of the “high” prices of electricity in the wholesale market.

Ebitda declined 12% to 702 million euros, while revenues grew 7% to 5.223 billion, according to the company presided over by Borja Prado.

Endesa CEO, José Bogas, highlighted that the fall in profits happened within a “very complicated” context, with an “extraordinary” increase in demand in the first few weeks of the year which had to be covered by using more expensive technologies due to the sharp decline in hydraulic and wind resources.

This led to an “exceptional” rise in prices in the wholesale market which had a “very unfavourable” effect on the company’s energy purchases.

“The stability of our regulated businesses, the containment of fixed costs and the purchase of up to 100% of Enel Green Power España offset this exceptional negative impact. This effect later began to normalise and, foreseeably, will diminsh over the rest of the year,” Bogas said.

The energy company’s operating cash flow fell 129 million euros in the first quarter, mainly due to the decline in Ebitda. The deregulated business (generation and commercialisation) was negatively affected by the sharp rise in pool prices over the quarter. The contribution margin fell 9% to 663 million euros. As explained by Bankinter’s analysts:

The pool price stood at 55,6 euros MW/hr en Q1’17, up 81% from a year earlier. This affected Endesa’s energy purchases. Of the group’s total electricity sales, around 40% comes from purchases from third parties. It has not been able to pass on this higher pool price to its clients as a large part of the electricity sales’ contracts were closed beforehand, at a lower price. The higher pool price has also led to higher taxes on generation.

Net financial debt only rose by 557 million euros compared to end-December 2016. This was despite the fact that Endesa paid an interim dividend against 2016 results of 0,7 euros gross/share on January 2. This represented a total payout of 741 million euros.

On the other hand, the contribution margin (regulated business) was stable at 602 million euros. But personnel costs rose 8.9% over the period, hit by higher provisions related to staff cuts.

Its dividend yield is still attractive at 5.7%, while the share price has also been supported by rumours of a corporate deal. (The posible sale of Enel’s 70% stake to a group of investment funds). In opinion’s of Kepler- Chevreaux’s analysts:

“The yield story has materialised; Endesa has reached what we believe is sustainable cruising speed for ordinary DPS, but on the other hand is does not look, as the company might be willing to pull the extra dividend lever going forward.”

This strong interest and the high multiples ((~15.0x EBITDA) paid in recent transactions in the regulated business in the utilities’ sector (Redexis, Naturgas) could boost Endesa’s share price.