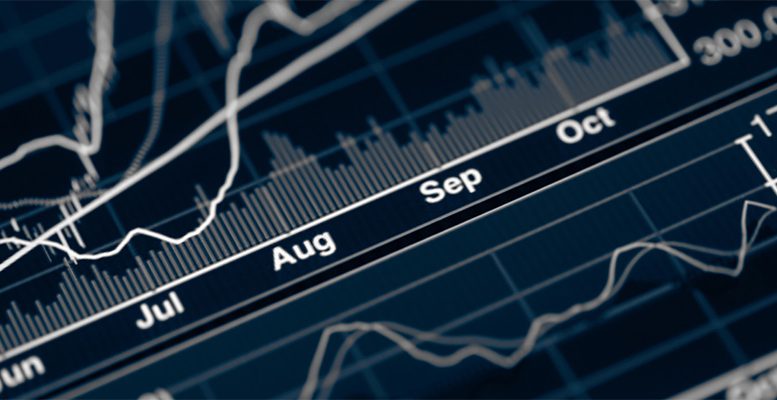 Ofelia Marín-Lozano | Most analysts coincide in forecasting that in 2018, world economic growth will not disappoint. It will be clearly over 3% at a global level, as a result of percentage increases in GDP of over 2% in the main developed economies and close to 5% in the emerging markets. Against this backdrop, analyst consensus considers it reasonable to assume high digit growth rates in the big listed companies’ earnings.

Taking that view, the main risks which some see in investing in the stock market lie in the possibility that the current share prices of a good number of companies are clearly excessive. We have reflected on this matter in previous articles, pointing out the simplicity of using aggregate historic multiples on indices as a tool for comparing different realities.

This time, we need to focus on another factor which could alter the judgement on current stock market prices: long-term interest rates, indicators of the alternative no-risk return to the stockmarket, which are not fixed directly by the central banks but by the market itself.

In principle, expectations for a strong spike in sovereign bond yields would make investment in fixed income more attractive than investment in equities. That would be certain if the rise in sovereign bond yields was such that their real returns were clearly elevated. A simple rise in rates based on inflation expectations does not increase the attractiveness of fixed income vs equities. Higher inflation means higher prices for the products and services which the listed companies offer. Higher prices mean more sales and more profits. Investing in the stock market is, by definition, the best protection against inflation.

The rates which really dissuade investing in the stock market are high positive real rates, those which offer us a return which is higher than expected inflation. For almost the last two decades, we already have a clear indication of what the real rates are. There are financial instruments, inflation-linked bonds (TIPS in the US, OATIs in France) issued by the national treasuries which guarantee, in the long-term (the graphics we attach reflect the data on 10-year bonds) a real return, with a coupon which, in terms of IRR, increases with the inflation which is effectively produced during the life of the bond.

Comparing the real IRR of these bonds with an objective measure of the return offered by investing in the stock market (the most indisputable is the dividend yield, because it is paid each year in cash), we can see what has been the historic differential offered by these two kinds of assets. We need to remember that, in the long term, the dividend yield will rise approximately (if the percentage of earnings paid out is maintained) at the same rate as earnings in nominal terms, so also taking into account the potential increases in inflation.

If we carry out this analysis for the US stock market we can see that at the moment, the dividend yield (around 2%) far exceeds that offered by the inflation-linked bond (0.7%). The differential (1.3% in favour of the dividend) is clearly higher than the historic average differential of close to half a percentage point, which coincides to a great extent with that in force during the five years of relative market tranquility (2002-2007), which we have experienced so far this century. In other words, only a recovery in the real yields on the US 10-year bond of 0.8% from current levels would put the real yield differential between the two assets at average levels. If there are no changes in inflation expectations implicitly traded in the yield differential between the classic bonds and those linked to inflation (which currently indicate an average inflation expectation for the next 10 years of 2%), we need only begin to be concerned about the stock market’s relative overvaluation compared with bonds, taking historic averages as a reference, once US bond yields are clearly higher than 3.5%.

In the case of the Eurozone, taking the French bond as a reference (a good synthesis of the disparity in the yields on sovereign bonds in Eurozone), the only one with a prolonged trading history in instruments linked to inflation, the stock market’s relative undervaluation compared to the bond is much more marked.

Currently, the French 10-year bond offers a real negative IRR of 0.7% (which implies expected average inflation of 1.6% for the next decade). Meanwhile, the Euro Stoxx 50’s dividend yield was 3.3% at end-January (3.6% at the time of writing this article, after the stock market reaction of the last few days).

The four percentage points difference between the dividend yield and the IRR of the bond means the stock market’s relative undervaluation compared with sovereign debt is at very high levels in historic terms. In the Eurozone, the afore-mentioned differential is usually 1.5% on average, so we could assume an uptick in the real return on sovereign bonds of an additional 2.2% on current levels. Without reaching levels which could be considered as not favouring stock market investment in historic terms.

In summary, assuming the current inflation expectations being traded in the bond market are maintained, only recoveries in the IRR on US and European sovereign bonds over a nominal 3.5% would put the relative attraction between bonds and the stock market at average historic levels. While interest rates are below that level, the stock market would offer a higher expected real return compared to the bond than it has been offering over the last 20 years. During that period, the option of investing on the long-term with a real return guaranteed by the Treasuries was a possible alternative.