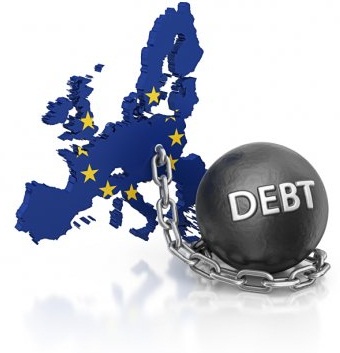 At the end of the first quarter of 2012, securities other than shares accounted for 78.3% of euro area and 79.3% of EU general government debt. Loan And for comparison purposes, we add this.