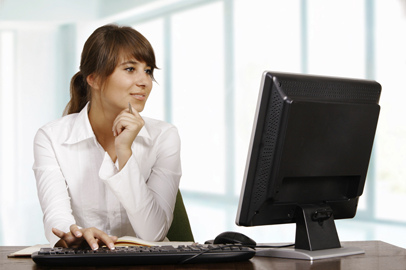 The pregnancy of Marissa Mayer, Yahoo’s new chief executive seems to be relevant for some American media. Besides the hot buzz on her next challenge –Yahoo has a troubled history with its CEOs and Mayer, a former Google star with two degrees in Computer science, arrives to the company in a moment of deep restructuring-, many have taken the occasion to underline the fact that she is the 20th CEO of a Fortune 500 company, 20 out of 500, that is 4 percent.

Mayer, as a Forbes columnist remarked, is taking it from all sides: from those who whine about her taking only some weeks of maternity leave, and from others stating that Yahoo has only offered her the job in order to get some publicity.

Another story is that women in high positions make news, no matter what they do. They are over-judged and over-scrutinized. This was one of the conclusions of the Multicultural Women’s Conference in New York. During two days last week hundreds of women, from high managers in Deloitte, General Motors of American Express, to people in search of career switch, exchanged tons of business cards in a high end hotel in Times Square, which turned into a lively, inspiring network hub. Round tables, coaching sessions and conferences on specific strategies, such as sustaining an inclusive workplace and engaging people accross cultures. Barriers such as maternity leave or the lack of board opportunities were discussed.

“We need to establish and build our credibility. Expertise is to know what you know. The problem of many women is that they tend to talk about what their team do instead of showing their talent. I always tell them: Forget about the team! It’s about what YOU did!,” says Jennifer Allyn, Managing Director of the Office of Diversity at PricewaterhouseCoopers.

Despite the growing representation of women’s CEO, there remains much room for improvement, explains Carol Evans, President of Working Mother Media.

“The worst is for multicultural women [African-american, Asian, latinas]: as we move up the corporate ladder their representation almost disappears,” she says, advising women to focus on helping women.

“The problem is the fear of bragging, of not being an expert or not having the right credentials,” says Allyn, while her peers from Toyota, P&G and StateFarm quietly nod. “

As Yahoo’s Marissa Mayer herself put it in her speech at the 2011 Fortune Most Powerful Women dinner in Palo Alto,

“When you do something you’re not ready to do, that’s when you push yourself and you grow.”

By the way, said many women who attended the Conference in New York, Mayer has had a choice of a maternity leave (even if she is shortening it at her own will) that has never been given to millions of women: the U.S. is the only industrialized country without a system for state-paid maternity leave.

Be the first to comment on "Marissa Mayer and what is important for a female professional, CEO or not"