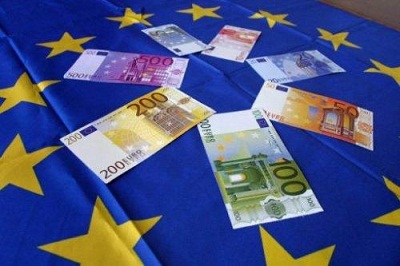 By Luis Martí, in Madrid | Amid the recent flurry of proposals for restructuring of the euro zone and opinions on its decomposition, seasoned with all sorts of half truths, two reports –one of the European Commission, by order of Parliament, and one of the Council of Economic Experts which advises the German government– have seriously dealt with the viability of Eurobond-based-solutions.

The Commission's report was published late 2011 as a Green Paper, a document intended to arouse discussion prior to any legislative proposal. In it, the Commission pointed out three possible ways of issuing “Stability Bonds” in terms of guarantees, moral hazard and legal construction.

1) The most complete method requires the joint guarantee of all member countries on the combined issuance of bonds that would displace national auctions. Moral hazard would be greatest, because, practically fully insured, and enjoying low funding costs, some countries could afford to experiment with bold expansionary policies. The mere possibility of irresponsible behavior would require to establish this action within a strict budget discipline.

To formally adopt this type of bond would go against EU's Fundational Treaty, article 125. Although at this point the improvisations of European politics reflect scant regard for the Treaty, a project of this nature should be directed correctly and submit to lengthy procedure regular review (at 02/05/48 EUT). The document outlines the delicate political compromise that may be necessary for countries to accept foreign interference in the sovereign process of making and approval of budgets. It doesn't exaggerate when, describing this innovation as “dramatic”.

2) Another method develops a proposal made earlier this year by the Brueghel Centre for European Studies, introducing two kinds of bonds, the so-called “blue”, which would benefit from joint liability, and the “red” ones, of entirely national risk. The joint guarantee would cover, for example, debt up to 60% of GDP. Moral hazard (budgetary indiscipline stimulus) would be smaller, the smaller the proportion of “blue bonds”. However market pressure would be bigger. This proposal would also require amendments to the Treaty. Less ambitious than the first, it would leave credit risk assessment of national issuance to the markets and therefore, the assessment of fiscal policy. Brueghel's proposal suggested including a certain discriminatory treatment against “red bonds” issuing.

3) The third possibility is simply a partial substitution of national issuance by jointly guaranteed bonds. Their credit rating would be at most the average credit ratings of all guarantors. It is difficult to anticipate how important it will be for the bonds issuing country that differential between its own risk premium and the average that market will assign to those bonds. Moral hazard is very limited because fiscal policies would not have that perfect safety net provided by guarantors, therefore it would be difficult to establish the fiscal discipline's strict framework required by the first two option

how to please your man

s mentioned above. Although an amendment of the Treaty would not be necessary, this possibility is a weak one and would contribute little to end with the crisis.

4) A Bini-Smaghi proposed that the Commission relegated would probably be more efficient. It would enlarge the third option mentioned offering all national issuance a joint guarantee, creating a single issuing agency for the euro zone and imposing that opinions and suggestions of the Council on each country's “stability programme” become mandatory. This proposal seems to balance lower emission costs' advantage and a discipline mechanism related to the annual debate on programs. It is unfortunate that the Commission has not explored this path, apparently practicable. Perhaps it could be readdressed by the simplified revision procedure (a 48 to 6.7 EUT).

5) Besides, in Germany's Council of Economic Experts mandatory Annual Report 2011/12, a temporary solution is outlined. Member countries should return to the starting point marked in the Treaty, eliminating over five years any excess of debt over 60%. Each country would transfer the excess to a Debt Redemption Fund, which would issue bonds with joint guarantee of the member countries, and use the proceeds for the transferred debt.

Countries would agree to a specific program of repayment of the new debt over a period of 20-25 years, which would be secured by part of their reserves plus the  irrevocable involvement of any tax figure. The strict fiscal discipline concept means that each member country would enter a debt brake clause in their constitution that reinforces the commitment of that 60% and that can be verified by an independent European institution (by the way, one wonders why the report recommends it to be the Court of Justice instead of the European Commission). If the Council of Experts reasons correctly, its model would inevitably pass Karlsruhe's constitutionality test.

It is interesting to note that Spain's current debt excess would reduce its transfers to the Fund well below Italy, Germany, France or Belgium. The threat to this model would come from the markets. After their recent behavior, it won't be easy for them to easily accept a five-year-delay to verify the Fund's performance.

Any of these models necessarily requires two things: a quick start and strenght against volatile market behaviour. The EC's third proposal is the only one that could start within a short period, but simply joint guarantee tool could hardly be the basis for introducing rigorous economic policy commitments. All other proposals need a longer time to get going. All of them require hard negotiations between countries on the set of guarantees and the budgetary discipline framework. One way or another they all require modifications to the Treaty which, almost certainly, cannot be introduced under the simplified procedure. All of them (perhaps excluding the Redemption Fund) depend on the German's Constitutional Court decision.

Time is, in itself, an unfavourable factor. Markets only react to the immediate. In short, really effective proposals need time, which the most scarce variable in a crisis, while its discrete objectives drag rapid implementation proposal's efficiency.