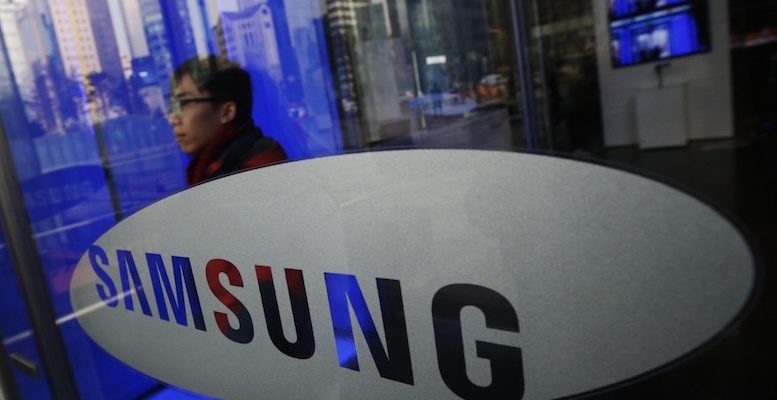 Posted By: The Corner 9th September 2017

Craig Moran | It seems that three was the magic number for South Korean consumers eager to see the fall of Lee Jae-yong, the de-facto head of Samsung Group. On August 25, Lee was convicted of bribing ousted President Park Geun-hye and was sentenced to five years in prison. His toppling has been seen as a victory for the reform movement led by the new president, Moon Jae-in, and a sign of a major shift in South Korea, where business leaders have long enjoyed impunity in exchange for their role in propelling the country’s robust postwar economic growth. Many expect the verdict to embolden efforts to finally break the hold that family-owned conglomerates like Samsung, known as chaebols, have had over one of the world’s most dynamic economies.

Yet the long-overdue conviction of the business titan comes too little, too late and mirrors reforms in other Asian countries like China and India that have the appearance of making progress in the fight against corruption but have turned out to be little more than surface-level so far.

Lee’s sentencing came after two failed attempts to convict the head of a business empire that until now has been seen as untouchable. It was the culmination of a bribery scandal that has shaken South Korea to its core. Yet even following the conviction, Lee continued conducting business from behind bars, much as Chey Tae-won, the executive of the sprawling SK Group, did after being sentenced for misappropriating company funds. Many question whether authorities will maintain pressure on the chaebol or dust off their hands after having used Lee as a sacrificial lamb. After all, the government now has much bigger issues to address, not least Pyongyang’s nuclear brinksmanship. On top of that, some critics say that Lee’s sentence was the shortest ever handed down for his crime.

However, other Asian countries are even farther behind when it comes to efforts to crack down on corporate malfeasance. In China, while President Xi Jinping’s anti-graft crusade has met with some success, including uncovering wrongdoings at state-owned companies like China Telecom and Baoshan Iron and Steel, it has still experienced a number of embarrassing failures. In the same week that news broke about Lee’s conviction in Seoul, it came to light that the Communist Party had arrested one of its own top anti-graft officials for “serious discipline breaches,” a euphemism for corruption. The arrest of Mo Jiancheng comes amid wider scrutiny of the government’s crusade that has seen more than 1 million corrupt officials investigated — 210,000 just this year alone — but has also led to accusations that Xi is using the campaign as a political tool to remove potential challengers.

In addition to having questionable motives for leading the campaign, government authorities have also shown themselves unable to stop graft among Western companies operating in the country. The most notorious example involves drug giant GlaxoSmithKline (GSK), found guilty of providing Chinese officials with gifts from at least 2010 to June 2013. The company was fined $489 million by Beijing and paid an extra $20 million to the US Security and Exchange Commission to put the case to rest.

One of the more recent examples involves staff employed by Nestlé, the world’s biggest food and drinks company. Earlier this summer, Nestlé China employees were charged with bribing medical personnel to access patients’ files as part of a scheme to convince them to use its infant formula. The revelations came after an earlier scoop that exposed how Nestlé staff has regularly employed aggressive marketing techniques and illegal methods like bribery to gain market access for its products.

It is because of open breaches of law such as this, and Chinese authorities’ seeming inability to stop them, that regulators in home markets are often forced to use wide-ranging legislation like the Bribery Act and the Foreign Corrupt Practices Act (FCPA) to crack down instead. Earlier this year, Rolls-Royce agreed to settle a dispute with the UK’s Serious Fraud Office over allegations of engaging in bribery in China, India, Indonesia, Malaysia and Thailand. Around the same time, Mondelez International agreed to pay fines to the US Securities and Exchange Commission to resolve FCPA offenses related to payments by its Cadbury unit in India.

Such crackdowns alone, however, simply won’t be enough without substantial action by domestic regulators. In India, despite action by outside enforcers, many sectors of the economy remain tainted by corruption. Ten months ago, the government instated a ban on high-value banknotes in an effort to fight graft, but according to a new report from McKinsey and Co., bribery continues to “oil the wheels of business.” Rather than handing out money, aspiring bribers have simply shifted to handing out non-cash gifts. This month, in its latest attempt to tackle corruption, India announced new rules to stop the practice of “pleasure trips,” in which pharmaceutical companies pay for doctors to attend conferences in exotic locations or shower them with gifts to persuade them to prescribe their medications. After all, this kind of behavior is what got GSK in hot water in China in the first place. However, given the failure of past legislation, there is serious doubt that the new regulations will have any real effect.

It seems that for now, given the often ineffective responses of authorities across Asia’s biggest economies to tackle corruption, it might fall to foreign governments and international bodies like the UN and its anti-corruption convention (UNCAC) to stand in. China, for one, has responded well to the UNCAC initiative that aims to establish a standard of international best practice from which member countries can draw when implementing their anti-corruption policies. Working in tandem with SFO and SEC officials, leveraging the resources of UNCAC and continuing lawsuits against even the mightiest business titans like Samsung might be what it takes to deliver the triple punch needed to knock out corruption still rampant in South Korea and among its neighboring economies.