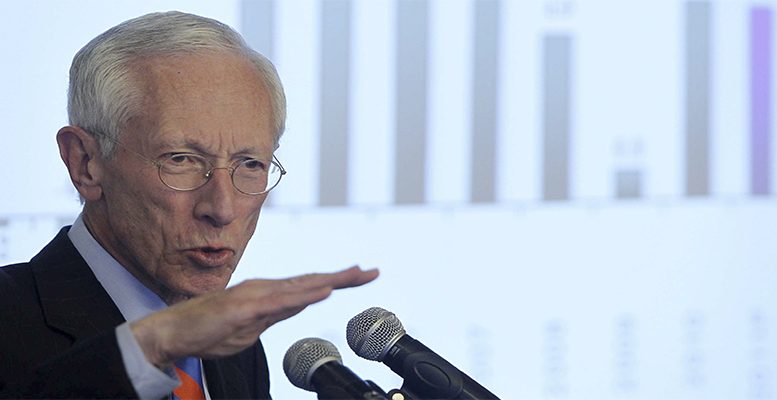 Stanley Fisher the Fed’s vice president has decided to resign at mid-October for personal reasons. “This will dramatically change the internal equilibrium of the Fed’s board,” points Philippe Waechter, chief economist at Natixis AM. Until now, three seats were vacant but there were 4 members appointed by Barack Obama. Their mandates are going at least beyond 2020 for all of them. The numerical advantage could lead to a statu quo and the possibility for Janet Yellen to remain president of the board.
With Fischer’s resignation the balance changes with now 4 seats that are unoccupied. On these 4, one has already been appointed by Donald Trump. Randal Quarles a private banker will replace Daniel Tarullo but he has yet to be confirmed by the Congress.
Ahead questions such as who will be the next three? And who will be the next Fed’s president? Waetcher says that “before Fischer’s resignation it could have been Yellen but we cannot expect this conclusion now.”

1 – If the Fed’s members appointments mimic what’s happening in the current Trump administration we can expect that many of these vacant seats will remain vacant. In many ministers, many jobs with high responsibility have not been filled yet. It would be problematic for the monetary policy management and the credibility of the US central bank.
2 – Will the next president be an economist as it is the rule? Jimmy Carter in 1978 named a non economist and it was a nightmare.
3 – There is not a lot of talented economists who claim for the job. It’s annoying for the quality of the board, the monetary policy management and the prospects for the US economy.
4 – With this new equilibrium and a Congress with a republican majority there is a risk on the independence of the Fed. Many reports from the republican side have asked for a Fed following a monetary policy rule (a Taylor rule type). Following such a rule would limit the capacity of judgement of the US central bank and its independence as it will have to follow the rule.

“Fischer’s resignation can be a game changer on monetary policy at a moment where the US economic policy is just monetary policy”, concludes chief economist Waetcher.