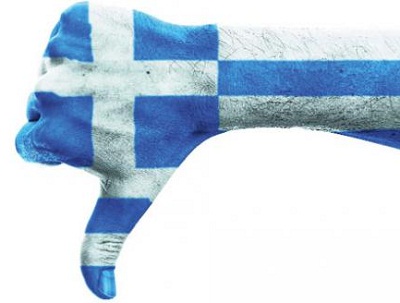 LONDON | If you haven’t heard of it, you have simply not been on planet Earth: Grexit was the trendiest word this week, but for the wrong reasons. Would Greece exit the euro zone, shuttering prospects of an approaching global economic recovery?

The matter was not whether the Hellenic nation could stand the heat coming from the European Commission, the European Central Bank and the International Monetary Fund, which assured the government-less country that the funds needed to keep the Greek Treasury afloat wouldn’t be released unless recommended budget cuts were actually agreed and ready to be put in place.

The question pessimists rather asked was simply when the euro area would suffer its first breakup, when would Grexit become a reality.

The answer to the doomsayers is easy: after the June 17 elections, a new cabinet in Athens is finally going to reject the austerity package and neighbouring euro State members will expel Greece out.

On Friday, Barclays Capital gave them all some data for thought, though. In fact, the British bank told investors that, despite the elevated political uncertainty, a Greek exit was not its baseline scenario in the near term. Why? Because costs and risks for Greece and Europe greatly exceed the benefits. Euro area official sector exposure could exceed €290 billion.

Barclays was not the only one to crunch numbers. According to the French finance minister F. Baroin, Grexit would cost France €50 billion in addition to the securities held by French banks and insurers in their portfolios. In the Germay, it is reported that Grexit would cost approximately €80 billion (€16 billion from bilateral KfW loans, €32 billion from the euro bailout mechanism EFSF and SMP, and €30 billion from Target 2 ( interbank payment system for the real-time processing of cross-border transfers).

But Barclays explained in its report how its analysts came up with the €290 billion bill:

“Here, we estimate the euro area’s official sector exposure to Greece (bilateral loans, EFSF guarantees and Eurosystem) and show that the cost estimations mentioned in the press match the exposure if you consider a 20% recovery rate on Greek holdings.

“20% is rather low, but not unrealistic given the outcome of the PSI and devaluation of the new Greek currency in the event of an exit. However, because of the accounting treatment of the different exposures and the presence of some financial buffers within the Eurosystem, the one-off, year-end shock on public accounts will be much smaller, probably around €100bn (1% of GDP).

“As for euro area exposure via bilateral loans and EFSF guarantees: following the first Greek bailout package in May 2010, €53 billion has been disbursed by member states out of the €80 billion committed over a three-year period. These disbursements are in the form of bilateral loans between Greece and the other member States. In February 2012, a second bailout package was signed, but this time funds would be transferred to Greece by the EFSF and the guarantees passed on to member States according to adjusted ECB capital key allocation. This second package has taken over the unused funds from the first package and no further bilateral loans have been made since then. To date, the EFSF has issued €73 billion out of the €145 billion committed by member States. Altogether, the euro area States currently have a total exposure of €126bn, representing 1.3% of GDP.”

Barclays experts pointed out one more interesting aspect of a possible Grexit: the International Monetary Fund could lose money for the first time in its history. Not bad for such a small country.

“A Greek exit would certainly challenge the IMF’s record. Potential losses would be redistributed to IMF members according to their quota. With 20% of the quota, the euro area would be exposed to a further €4.4 billion.”

Be the first to comment on "Grexit: The Greek exit would cost France and Germany dear"