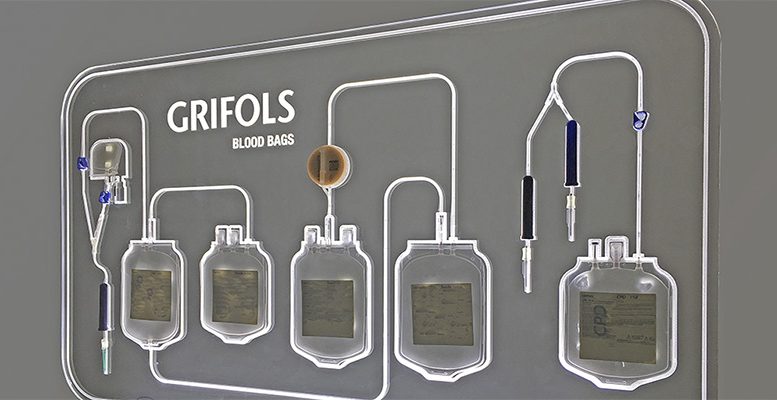 The Spanish blood products company has communicated to the market regulator CNMV that it could invest 5 bn$ in the Chinese pharmaceutical company Shanghai RAAS Blood Products. The investment in the Shenzen blood products company, valued at 5 bn$, would be realised through the contribution of Grifols’ North American subsidiary GDS (Grifols Diagnostic Solutions. FDS is valued at 4.379 Bn$, compared to a stock market capitalisation of 12.544 bn$ for Shanghai RASS.

Grifols’ intention would be to secure more than 50% to get control of the company. Moreover the company believes that it would be an alliance that assures operational control and the maintenance of quality and security standards.

The Asian pharmaceutical company specialises in the investigation, production and sales of plasma products, being the leader in China. According to the analysts at Renta4, Shanghai RASS counts on 41 plasma donation centres in China and its fractionation capacity exceeds 2 million litres of plasma per year, compared to Grifols’ 250 centres and 15 million litres. In Q318 the company made losses of 445M€. The operation will allow the diversification of Grifols’ business towards the diagnostic sector, and will imply no increase in its indebtedness, which amounts to 5.781 bn€, 4.5 X EBITDA.

The operation is an early phase and, in the event of being formalised (Q219), would be conditional on the approval of the relevant regulatory authorities. With this operation, Grifols would reinforce its position in China and would reduce its dependence on the US.

The importance of the Asian giant for the business of Grifols currently amounts to 4% of the total. It should not be forgotten that at the beginning of the year Grifols announced the alliance with the Chinese company Boya-Bio Pharmaceutical, specialised in the production of plasma medicines, to open donation centres in the country.