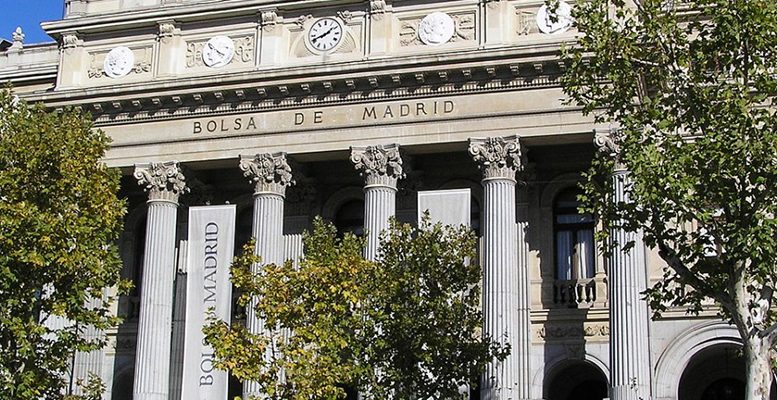 F. Barciela / F.G. Ljubetic | The rise in the Ibex 35 in the first few minutes of Monday’s session, when it rose 3% to over 8,000 points could not last. And it didn’t. Half an hour after the market opened, it began its downward spiral once again towards the 7,700 level. It lost over 2% and stayed there almost until the close, with the fall mirrored in the rest of the European exchanges.

More than a roller-coaster ride, what we saw yesterday was a clear free-fall, which basically showed that investors are focusing on Brexit. Spain’s general elections have ended up in a second place, faced with the enormity of the situation created by the UK, which caused the Ibex to drop 12.3% last Friday, the biggest loss in the history of the index.

But we should point out here that the Ibex did actually react positively to the election results. In the end it closed down less than its European peers, which, as we know, is not normal. The Spanish index lost 2.6% while the EuroStoxx 50 fell 3.4% and the Eurotop300 3.8%. Even the German DAX and the French CAC40 lost more than the Spanish bourse; down 3.5% and 3.6% respectively. And let’s not even mention the Italian stock market, which fell 4.4%.

It would have been very difficult for the Ibex to close higher, amid the massacre in the markets fuelled by panic over the uncertainty which the UK’s departure from the EU has created. Whatever the government emerging from the polls, investors will be thinking that it will be difficult for them to do anything positive if Brexit ends up pushing Europe into another recession. This is something which can’t be ruled out given that the EU economy has been losing momentum over the last few months.

Added to this is the fact that the election results are nothing to shout about. Sunday night’s euphoria is understandable, with the PP militants shouting “yes…We can” outside the doors of the party’s headquarters in Madrid’s Calle Genova. At the end of the day, all the polls said the PP would win 118-120 seats and they obtained 133.

The PSOE dropped from 90 to 85 seats between 20-D and now, while Ciudadanos went from 40 to 32. So everyone was quick to think that, in the hours following the presentation of the results, we were not going back the old ways of the first half of the year and that common sense would reign in the end. In other words, that a government would be formed between three or two parties, with the abstencion of the PSOE.

But if anyone thought all this was a certainty, this morning they would have begun to dismiss the idea as they heard the constant messages which many thought would now have been forgotten. For example, those from the PSOE which will definitely not participate in a coalition government with the PP – of the kind that are usual in Europe – and which is also not considering abstention but rather actively voting against Rajoy.

But Ciudadanos are also not making things easy for the “victors” of 26-J. They continue to insist with their rejection of Rajoy and, besides, the two groups don’t have enough seats between them.

The European and international press also did not do much to help the Ibex outperform other European markets. In general, their reaction to the results was fairly sceptical. From the Wall Street Journal to the Financial Times or The Guardian, most of the ideas were focused on the fact that Spain once again had “a deeply fragmented parliament’ and was facing the  possibility of months of uncertainty over the formation of a government. These newspapers insisted that the combination of these factors will affect Spanish assets in the short term and growth prospects in the medium term.