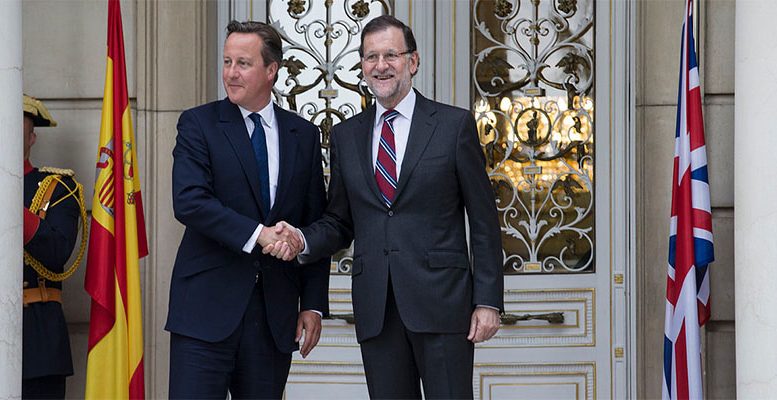 The UK has been a member of the European Union club for 43 years and Spain 30. In those long period both countries have created a special relationship. Afi’s analysts explain which points of the Spanish economy will be the most affected by the UK decision to leave EU and to what extent?
Basically,Spain- UK relationship has been highlighted by the huge inflow of people (tourists as well as migrants) and the substantial amount of Spanish direct investment in Great Britain (especially in the financial and telecommunication sectors).

In the trade sphere, Spain’s trade surplus with the UK stands at 1.3% of the former’s GDP in 2014. Furthermore, “and unlike other big economies in the euro area, Spain has a trade surplus in both goods and services with the UK (the latter a result of tourism),” Afi’s experts say.

The UK is the fifth most important destination for exports of goods and services from Spain, accounting for nearly 7% of the total. The UK is also particularly important for the automobile and aviation industries (vehicles as well as engines), the food sector (food and drink) and the pharmaceutical industry.

Brexit may have a negative impact on these trade flows, given that the expectations are for British consumers confidence and purchasing power to decline (the pound’s depreciation). How important the impact might be will finally depend on the kind of bilateral agreement reached between the UK and the EU, as well as the time it takes to conclude the negotiations.

For its part, Great Britain is also a significant source of DFI for Spain; UK investment accounts for 11.4% of total DFI (37 billion euros). Furthermore, the UK is Spain’s leading foreign investor in terms of accumulated investment since 1993 (when the historical series began). Its strongest presence is in the tobacco, telecommunications, financial services and retail sectors.

Experts explain that “as is the case for the other EU economies, the uncertainty surrounding the regulatory changes which Brexit might produce could affect the investment flow between the two countries. At the same time, the pound’s depreciation would have a negative impact on the profits of Spanish companies with subsidiaries in the UK.”

Spanish DFI in the UK reached 62 billion euros in 2015, channeled mainly towards the financial (35%), telecommunications (33%) and energy supply sectors (10%).

In any case, the fact the Spanish banks just have subsidiaries in the UK should limit the impact of Brexit. Apart from the uncertainty, the pound’s depreciation will have a major impact as it will reduce the amount of profits the banks can repatriate.

On the other hand, Brexit will be a shock for the British economy which could increase the number of defaults, with the consequent effect on banks’ capital.

“We think Spanish banks will have the option to support their UK subsidiaries or not. In the medium term, they will also have to deal with regulatory costs as they adapt to a new regulatory framework”, Afi affirms.

This is one of the most important risks for the Spanish economy as UK represents the main market for Spain’s tourism industry: British tourists account for almost 25% of the total number of visitors to Spain. In 2015, Spain received over 15.5 million British tourists who spent 14.057 billion euros, or 20.9% of the total tourist expenditure in Spain (and a figure which represents a 10.3% rise on 2014).

Brexit’s short term impact on tourism will depend on the pound’s depreciation, to the extent that it reduces the British people’s purchasing power. But the relatively low level of prices in Spain (compared to other destinations like France) may partially offset this effect.

Finally, and as far as domestic policy is concerned, Afi says that despite the fact that the UK and Spanish governments have not always been allies in this area, Spanish industry could suffer from resentful over the loss of a liberal member at the heart of the EU.