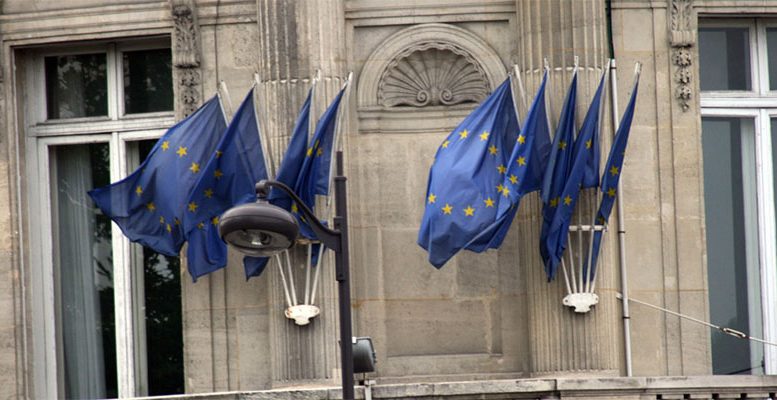 Francesco Saraceno | Much has been said, already, and even more will be said in the coming hours/days/weeks/months/years, on Brexit. I have little to add. So here is what I see as a series of notes to myself. For those who are already tired of reading pages and pages, I can summarize what follows in a sentence: We should focus more on policies than on institutions.

1. The long lasting skepticism about the EU that always permeated British society across the board, has eventually been compounded by the recent dreadful performance of EU member states in managing the crises that have hit our communities. A sparse and incomplete list would include the stubborn insistence on the wrong policy mix (austerity cum reforms) which yielded a double-dip recession that no other large economy experienced in the past decade; the obsession with debt and deficits when the economy was in desperate need for public support to aggregate demand; the despise of democracy shown when dealing with the Greek referendum last summer; the slow moving ECB that only took action years (not weeks, years) after the other central banks; the bullying of small countries in crisis, in negotiations that really were not one, but rather a take-it-or-leave-it; and finally, maybe the mother of all policy mistakes, the cynical and illogical management of refugees crisis. Show that to voters who always were half in and half out, and it is no surprise that they want to walk away.

2. The EU has been made the scapegoat for choices of the UK government, that was reelected just a few months ago. Osborne and Cameron embraced austerity and government downsizing wholeheartedly, they did not need the EU for this. If it is these policies that the British voters wanted to sanction, then they cast their vote in the wrong elections.

3. Which brings me to those who today happily see Brexit as the beginning of the end of the EU, and with it of austerity and reforms. I am afraid they are delusional here. Neoliberal policies existed before the EU, and they will exist after. They are the making of governments (and academics), that will not vanish together with the EU. Rather the contrary. Let’s not forget that one of the main selling points of the Leave camp has been that EU regulation chokes UK businesses. If you want to scrap neoliberal policies, rather than fighting the EU, that is a mere vehicle, you should fight the governments that propose them . Remind me of that old story about looking at the finger rather than at the moon?

4. My feeling is, and I am afraid to be proven right, that the disintegration of the EU would make it harder to protect social justice, workers’ right, the welfare state. Small countries would be even more exposed than the EU as a whole to competitive pressure from the rest of the world. And competitive pressure in the past never turned out to work in favour of labour and wages.

5. The fact that neoliberalism has very little to do with the EU is proven by the rise of populism well beyond our borders. The global problem is an increasingly dysfunctional economic system. If you kill growth and prosperity, if you increase the social divide, if you boost inequality, then it is no surprise that the first guy saying “life was better before” is given a chance by voters. In normal times, a somebody like Farage (or Le Pen, or Trump, or Salvini) would have very little traction with the voters. Today they give the cards of the political game. And in Europe the game is made easier by the existence of a perfect scapegoat, that is far and immaterial, the EU.

6. This is why I would also resist the temptation to blame the voters as irresponsible, conservative, irrational, nostalgic, uneducated. The age or education divide of the Brexit referendum is all over the web. But I see them both as proxies for the really relevant divide, which is between the winners and the losers of the past few decades. The same divide that emerges in the US (where paradoxically the losers put faith in the typical winner), and in all the other EU countries.

7. How to win the hearts and minds of the losers? How to claim their confidence back? Should that not be by definition the essence of a progressive agenda? The way out is to end harmful policies, and to re-transform the EU into a symbol of social progress. Easier said than done, of course; but I see no alternative. What I have been writing in this blog since 2011 tries to explore possible ways to do so. We should stop looking at institutions (the Stability Pact, the euro), and focus on policies, fighting the wrong ones and supporting the right ones. EU institutions are certainly dysfunctional. They are certainly biased towards excessive reliance on market mechanisms (that prove over and over again how far they are from the academic ideal of perfect efficiency). But once again, they can be twisted, and even changed, if only a political will to do so emerges. In a sentence, even within the current institutional framework, if there was a clear political consensus towards abandoning austerity, we could do so. The problem, I will never get tired of repeating it, is not the Stability Pact. The problem are governments that fail to put it on hold or even to change it.

8. This is just a sharper restatement of 4). We should stop fighting the EU (or the euro) as the cause of our troubles. We should spot the forces that within each country fight for a radical change in policies, and work to give them a majority. If we do so, the EU will cease to be a problem, and will hopefully become again a force of progress. If we don’t, no Brexit or XXxit will bring to us prosperity. Rather the contrary.

9. Of course I am thinking in particular of large countries. The Syriza experience in Greece proves that “rejection of austerity in a single country”, especially if it is small and in trouble, cannot work. A new paradigm for policy making should emerge in France, in Germany, in Italy. That would allow a meaningful debate at the European scale.

10. All this said, given how self-referential are our elites, how self-indulgent, how superficial in their approach to policy, my “gloominess” is doomed to persist.