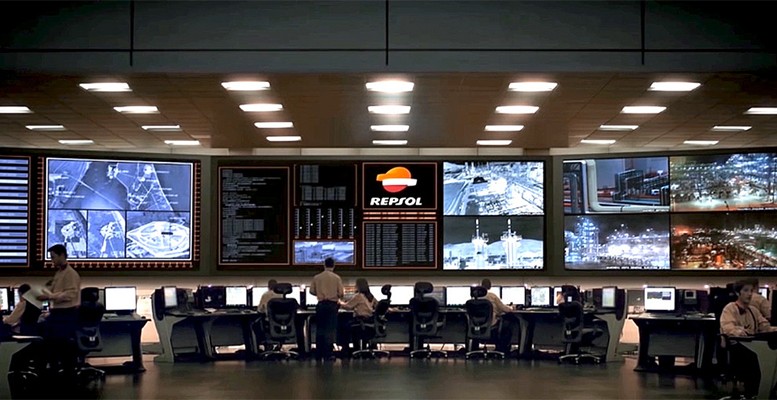 Carax-Alphavalue | Amongst integrated oil companies, Repsol (Add, Spain) is one of the smallest with a €19bn market cap despite its latest acquisition (Talisman) doubling its size (production seen at 725kbpd by 2020 from 355kbpd in 2014). While this may have been seen as a disadvantage in this capital-intensive industry, its relative nimbleness may now become an asset as oil companies battle with increased volatility and lower oil prices. Small for Repsol means less red tape, more focused assets, less geographical dispersion and little exposure to LNG. It is more reactive. The second quarter results comforted this view as the group announced it will surpass its guidance of capturing €1.2bn in synergies and efficiencies for the year, which represents more than half of the commitment for 2018 (€2.1bn is the target with €1.5bn from opex and €0.6bn from capex). Based on the current earnings expectations of €1.2bn for 2016, the impact is massive and may continue to impress.

We see in Repsol the attractions attached to a higher risk/ higher return proposition as a mid-sized oil company with focused bets.

Repsol says that it has been surprised by the operational weakness of Talisman. That is Add Bloomberg T arget Price (6 Share Price sad news as the asset has been bought at probably double its current value ($8bn), the silver lining is that more restructuring can be achieved more quickly. On post-acquisition synergies, more than 90% of the run-rate target for 2016 has been achieved and 70% of the planned synergies by 2020 have already been implemented. Talisman widens the enlarged group’s footprint in the shale area (22% of total production), turning Repsol into one of the main European players in unconventional oils with a shorter investment cycle. Its assets are in the Marcellus shale in Pennsylvania, the Eagle Ford shale in South Texas, the Mississippi Lime in Oklahoma and Kansas. So, rather more in natural gas than oil but the current higher natural gas prices may support earnings there, as one waits for confirmation of the arrival of la Nina (colder winter).

South America remains key to Repsol with nearly 54% of its production. Repsol Sinopec Brazil is a leading E&P company in Brazil, while in Peru it holds the rights to five blocks, three at the exploration stage and two at the production stage. As a long-time partner to most South American countries, the group extended earlier this month a $1.2bn credit line to increase its joint production with the Venezuelan state oil company on a 42kbpd asset. This is welcome cash as the state oil company is looking for fresh investment from foreign companies while its production decreased from 2.7mbpd to 2.3mbpd in recent months. The other side of the coin is that PDVSA is barely liquid and just about completed a partial swap of its 2017 bonds into 2020 ones at a considerable cost (it ends up paying 22% more later). So far, foreign creditors have been made good in what is de facto a bankrupt state so that the odds are against Repsol while collaterals are pretty thin.

As the upstream ramp up has yet to contribute significantly to earnings, Repsol remains predominantly a refiner before 2019. Better growth in the Spanish market and low oil prices have helped to post even better figures than other refiners. As Repsol owns upgraded refineries, we expect the downstream contribution to be resilient partly thanks to its strong marketing assets. Downstream earnings are nevertheless expected to decrease as a result of better fuel efficiency for transport demand in developed countries.

The share has outperformed the sector since the oil price recovery at the beginning of the year, and has done even better after the Q2 16 release, which was better than expected. Easy credit markets also helped as Repsol posts the highest sector gearing (40%) as a result of the debt-funded acquisition of Talisman. This conjunction of positive factors may last long enough to start converting ambitions into proper FCF which is unlikely before 2019. So that Repsol cannot be bought for its dividend but as a long play. A DCF suggests a 38% upside potential but other metrics are less friendly. There are safer calls on big oils but Repsol offers the leverage of a transformational acquisition.